“The transfer of the under listed county commissioners has been agreed upon for immediate implementations,” Kibicho said.

Those affected include Mwangi Meru, who has been moved from Garissa to Homa Bay County. He swaps places with Moses Kipkoech Lilan who was promoted last year.

Mr Meru was initially to report to Narok County in the changes made last year, but remained in Garissa County.

Court issues warrant of arrest against Interior PS for contempt

Mr Abdirizak Jaldesa, who has served in Kisii County since August last year, will take over Samburu County, while Allan Machari replaces him from Meru County.

Kwale County Commissioner Kariuki Ngumo moves to Meru County and John Korir leaves Samburu County to take over from Joseph Kanyi who has been transferred to Kwale County. 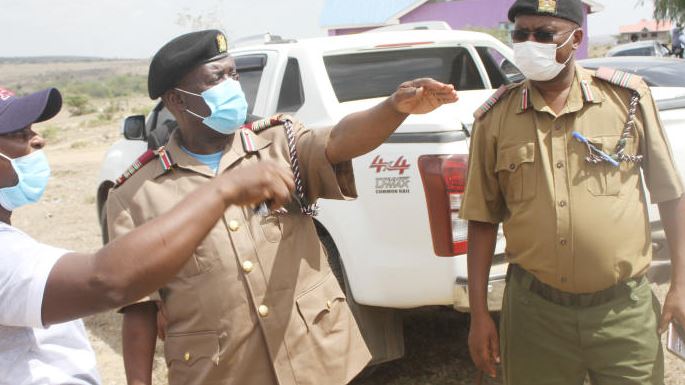 A number of officers serving in regional offices have also been affected in the changes announced by Kibicho in his letter to all regional commissioners dated January 6. They include John Waithaka who moves from the Nairobi regional office to Kitui West, Diana Wekesa of Central regional office is the new Chesumei DCC.

As part of the changes, 34 deputy county commissioners, who include those serving in hardship areas, have also been moved.

They include Wajir North’s Aloice Ojwang’ who moves to Imenti North, Martin Muriithi of Wajir West goes to Nyando, Elvis Korir of Wajir South reports to Suba, Patrick Meso of Kitui West heads to Tigania Central. George Otenga from Mwingi East has been moved to Mathira East and Alason Hussein from Mukaa to Lungalunga.