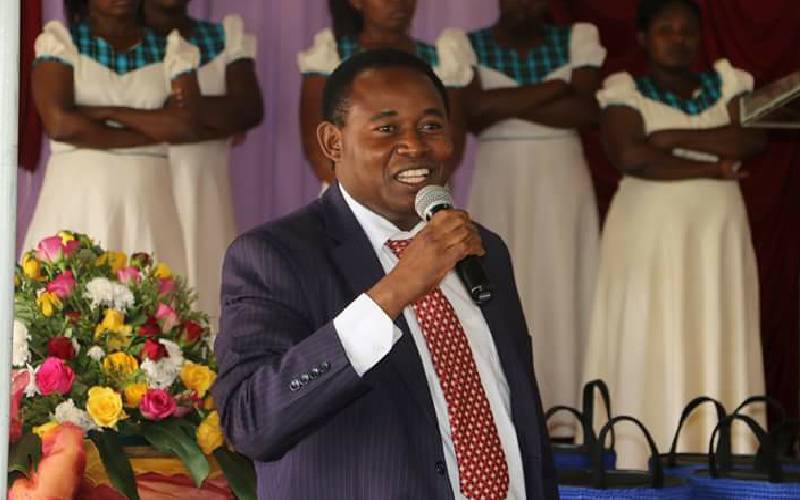 The family of Machakos Senator Bonface Kabaka (pictured) has dismissed reports indicating that the senator collapsed in a woman’s house in Nairobi’s Kilimani estate.

According to a statement released by the family on Saturday, the senator collapsed while having a drink at a restaurant before calling for an ambulance to take him to Nairobi Hospital.

“The senator collapsed on Thursday while having a drink at a restaurant in Kilimani area but was still conscious and he requested the management to call for an ambulance to rush him to Nairobi Hospital,” read the statement in parts.

The family defended the senator as a man of high moral standing and dismissed reports that he fainted in a woman's house.

“Those who know Senator Kabaka know him to be a gentleman of high moral standing whose integrity is above reproach and unimpeachable.”

The family also urged Machakos residents to ignore what they described as callous reports emanating from people out to malign the senator, adding that they will inform them on the state of the senator’s health.

“We urge you to ignore the fake and malicious rumours being spread by some petty, callous and heartless political enemies to malign the good name of the Senator while he is helpless and fighting for dear life.”

Police reports had indicated on Friday that Kabaka was admitted at the Nairobi Hospital after collapsing at a woman's house located on Elgeyo Marakwet Road in Kilimani.

According to the police OB, the senator had checked into the apartment accompanied by the woman on Thursday afternoon.

The senator suddenly started complaining of severe headache while in the apartment and asked the woman to look for paracetamols.

However, the pain worsened and she informed the management who called an ambulance and rushed him to the hospital where he was admitted in the ICU.

Police said detectives visited the said apartment after being informed by one of the senator’s spouse and found one Esther Muli who is alleged to have been with the senator.

According to the OB, Muli told the police that the legislator complained of headache before his condition worsened prompting her to inform the management who called an ambulance.