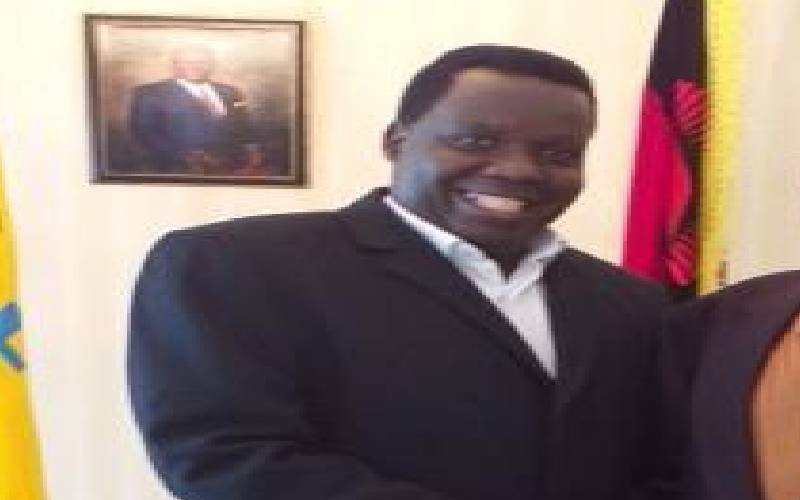 A Kenyan who once served as a civic leader in the UK has said he is returning home to vie for the presidency in the 2022 General Election.

Daniel Munyambu (pictured) was elected in Basildon, a white majority ward in Essex County in England, on the Labour Party.

In a statement announcing his plans to return home, Munyambu, who like President Uhuru Kenyatta hails from Gatundu South Constituency in Kiambu, said he was driven by the desire to bring real change in the country.

"I am ready to come back home to assist my motherland from the vast experience I gained abroad," said the politician.

He criticised the notion of political elitism that has dominated Kenyan politics.

“Kenyans are not naïve and deserve accountable leadership to promote equal opportunities for all irrespective of their social background,” said Munyambu.

Conceding that the current constitution was ambiguous, Munyambu said that prioritising a law change over the well-being of the population was immoral.

“The priority by the government should be to secure Covid-19 vaccine and make it available for free to all Kenyans,” he said.

He also urged Kenyans to be cautious about constitutional changes that are driven by selfish agenda, observing that "countries characterised by multiple laws are destined to fail."

In 2015, Munyambu unsuccessfully contested for Member of Parliament in Thurrock, United Kingdom and declared interest in State House in 2017 before opting to back Jubilee Party candidate President Kenyatta

Munyambu joins a growing list of politicians who have declared their interest to succeed President Uhuru.

They include Machakos Governor Alfred Mutua and Makueni Governor Kivutha Kibwana who have all declared their intention to vie for president and 2022 inches closer.