“Don’t be into trends. Don’t make fashion own you. But decide what you are, what you want to express by the way you dress and the way you live,” said iconic fashion designer Gianni Versace.

What you wear makes first impression.

Grace Nduta has always been fashion-forward and likes outfits that reflect her personality.

“I work in a government office and professionalism is expected. While I do not wear a full suit to the office, I keep it smart casual, usually with a silk or chiffon top and fitting pants,” she says.

She prefers bright outfits, which she blends with matching patterns.

“Things have definitely changed from the days of our parents. Nowadays, workplace dress code is not restricted and allows one to express themselves through their style,” says Nduta.

Gone are the days when women wore only bland box-shaped suits in monotone colours to work.

Initially, women’s outfits were tailored to suit different professions. In 1950s many worked in factories, with overalls covering bright coloured blouses in the wake of World War II.

In factories and farms, the ladies had bright coloured scarfs tied to the head.

In the 1960s, fashion was influenced by prominent figures, like then American First Lady Jacqueline Kennedy. Skirts were tailored and worn with short, boxy coats.

For the casual look, women donned miniskirts and mini-dresses. Locally, the trendy hair style was afro.

A constant battle for women has been the fact that they are judged for what they wear, with trends forcing many to conform despite their preference varying from what is socially acceptable.

Anne-Marie, who works for an insurance firm, says she was once embarrassed when the manager asked her to go home and change after a meeting.

“I was new in the organisation and just finding my way around. That day, I had worn a short dress that was an inch above my knees. My colleagues, mostly older ladies, were wearing full suits. I couldn’t believe it when a female colleague approached me afterwards, saying I was dressed inappropriately and should change,” says Marie.

She was forced to go out and buy a silk blouse and straight trousers.

“I’ll never forget that moment. I was embarrassed,” says Marie.

“I typically stay away from loud colored dyes and braids when it comes to hairstyles, but go all in with stylish chiffon blouses, palazzo pants or pencil skirts,” says Nadia.

She explains that office attire is not as rigid as it was in the past, with many employers allowing staff to dress down on Friday.

“When it comes to shopping, thrift purchases offer diverse options, as do online clothing stores. Shopping via Instagram has become quite a resource for me, because I get everything I need in one place. It’s highly convenient for a busy woman like me,” says Nadia.

The banker describes her office style as chic, trendy and classy.

“I don’t have to wear a full suit to look professional. I like mixing and matching my pieces to to look presentable,” she says.

Gloria Kirui, who works in a government office, believes in wearing clothes that she feels comfortable in. “A cute dress and a blazer is my go-to outfit on a Monday morning. I don’t wear make-up, but a good neckpiece elevates my ensemble,” says Ms Kirui.

She explains that one’s profession often determines their style, but this does not have to be boring.

In the quest to be fashionable, women risk harsh judgement from colleagues at work.

At the same time, the men have not been left behind. They are moving away from the traditional uptight suits to business casual trend.

Some professions have even dropped old restrictions on dress code.

“I can go to the office wearing a broken suit or even without a coat, unlike previously when every teller was required to wear a suit,” says Samuel Wainaina, a 29-year-old bank accountant.

According to Forbes, professionals should avoid clothes that are too tight or too skimpy as this will take away from ones ideas being taken seriously, but also ensure there is a good fit and not overly baggy as this makes a person look sloppy.

“Unless you work in fashion, wearing the latest trends to work is a no-no, as wearing overly trendy clothing can overshadow your work accomplishments. While it’s important to avoid looking too trendy, this shouldn’t translate into wearing dull and old fashioned clothes. Women shouldn’t be afraid to take a risk now and then with color, prints and fabrics,” says Forbes.

By Julius Chepkwony | 9 minutes ago 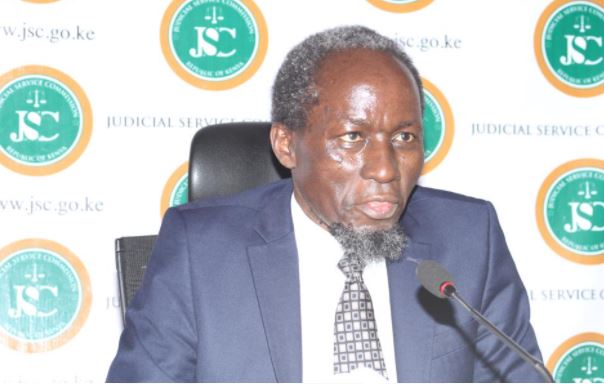 Justice David Marete: I have no mental issues
Feedback