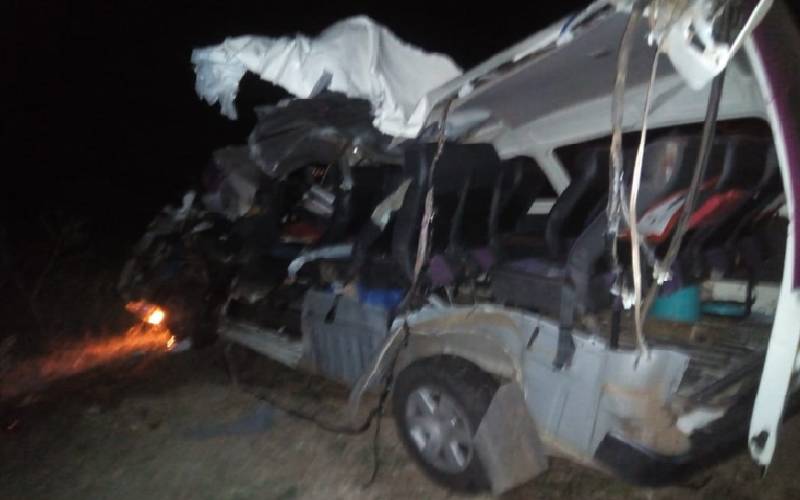 At least five people are confirmed dead with several others sustaining injuries in a fatal road accident that occurred on Friday at Kingatuani, Machakos county.

According to those who visited the scene, the crash occurred after a 14-seater matatu collided with a truck before a third matatu rammed into the two vehicles on Friday morning on Kitui-Machakos road.

"Motorists must observe traffic rules to avoid some of these accidents,” he said.

Three passengers died on the spot while two others died while receiving medical attention.

More than 10 other passengers who sustained injuries are admitted at the Machakos Level 5 hospital.

The bodies have been moved to the facility’s morgue with the mangled wrecks towed from the acceded scene to the nearby Masii Police Station.

Previous article
Premier League confirm Man United should not have been given penalty
Next article
Pregnancy made me hate my husband's voice, cooking