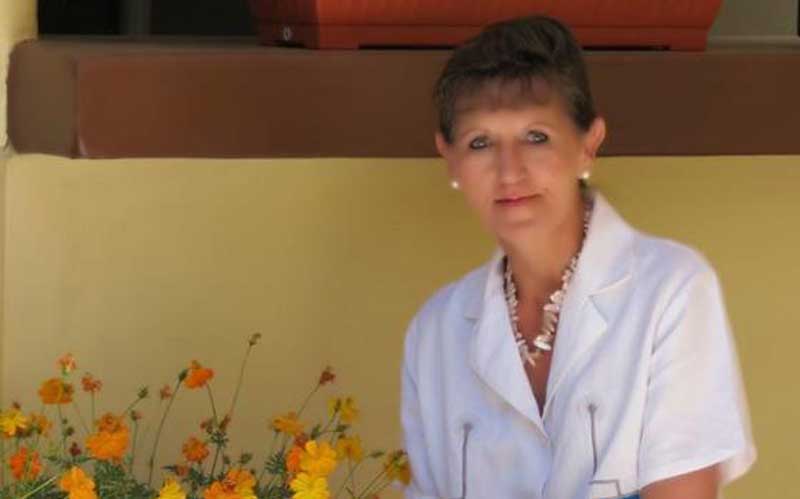 The search for the missing Belgian millionaire Dysseleer Mireille (pictured) alias Losoipa wa Sambuu has taken a dramatic twist after her friend was found with a fake death certificate.

On February 1, the officers raided the woman’s house at Blanket estate in Nakuru and recovered the death certificate indicating that Mireille had died in a hospital in India in 2018. The suspect claimed that she visited Mireille in India.

According to an affidavit sworn by a homicide detective and filed at the Kiambu Law Courts, the suspect also informed them that the missing woman died at a city hospital and her body was cremated.

But in the affidavit by investigator Oliver Nabonwe, these explanations have been questioned. “Preliminary investigations from the Immigration Department have so far established that neither the missing person (Mireille) nor the respondent (Waithera) traveled to India through Kenyan borders as alleged,” the investigator told the court.

He also disputes another claim by Waithera that Mireille died at a Nairobi hospital in 2018 and her body cremated in Nairobi.

Nabonwe told the court that records at the Kariokor and Lang’ata crematoriums have revealed that Mireille’s body was not among those cremated as Waithera had informed the police.

The investigators now believe that Waithera was involved in the disappearance of Mireille whom the police fear could be dead.

“Since the onset of the investigations, the respondent (Waithera) has been changing her assertions day- by-day, at one time alleging that the missing person (Mireille) died in a hospital in India and was cremated at Kariakor Crematorium.

All these allegations have been disapproved as it has since been established that the missing person did not leave the country as alleged. Kariakor and Lang’ata crematorium have equally no records of ever cremating the missing person,” the investigator says.

Police claim Waithera used the fake death certificate to dispose off a Sh20 million house in Nakuru which was owned by Mireille.

According to the investigators, the suspect presented the fake documents to Mireille’s lawyer showing that she had bequeathed the property to her.

The investigators have obtained court orders stopping Waithera from accessing two accounts held by Mireille in Nairobi. One the accounts had Sh29 million while a second account had Sh9 million.

On February 2, the court allowed the police to hold Waithera for 14 days in order to complete investigations.

The Belgian fled from her matrimonial home in Maralal after divorcing her Samburu dance husband in 2017. She locked in a legal dispute with her former husband’s family over a Sh15 million mall located at the heart of Maralal town.

In 1993, Mireille packed her bags and left Belgium for Malindi where she met the lanky Samburu man, Emmanuel Losoipa, that would change her life. She was 35 then.

The woman would eventually marry the love of her life and proceed to set up the home in Maralal town.

The couple formalised their union in a civil ceremony in December 1995 and were happy for nine years before the marriage ended in divorce in 2004.

They did not have children and the marriage disintegrated after Lesoipa married a second wife, Naserian Lesoipa.

This was the genesis of Mireille’s fall out with the husband and the beginning of endless court battles over property.

Since their divorce in 2004, Mireille and Lesoipa had been battling in court over their matrimonial property which comprised a town house, a shopping complex estimated to be worth Sh19 million as well as a car and a lorry.

Part of the conditions of dissolving their union was that none of the property could be sold by either of the parties without the other’s consent.

In the event that the property were sold, Mireille was to receive the initial capital she invested and the profits then shared between them equally, the court also ruled.

But towards the end of 2017 after the death of her ex-husband, Mireille sold the shopping complex in Maralal and relocated to Nakuru, where she bought a house at Milimani estate.

It is from this house in Nakuru that she disappeared in December.

According to investigators, Mireille last communicated with relatives five months ago. The last posting on her Facebook page was on October 6 last year. Mobile phone records obtained by the investigators reveal that she last spoke on phone on the night of December 12, 2018.