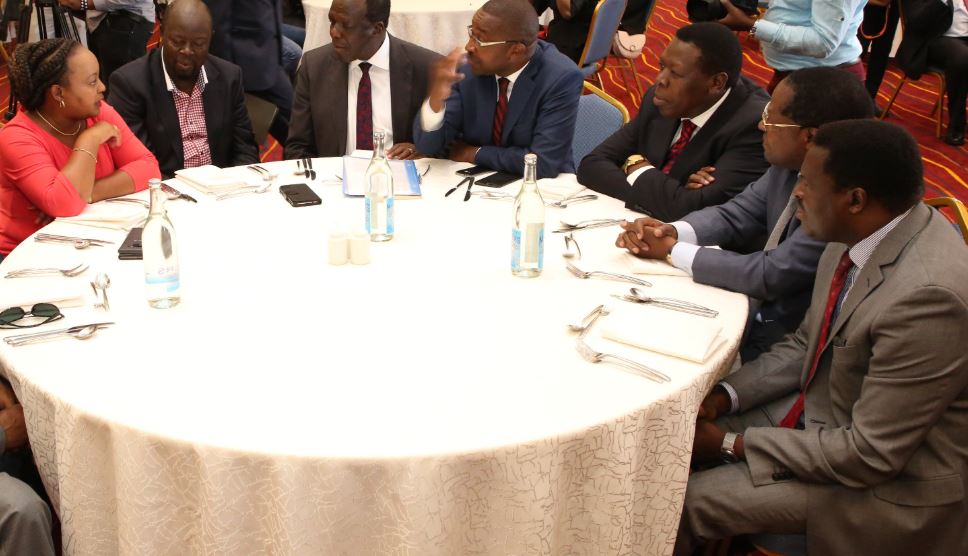 Kakamega Governor Wycliffe Oparanya has retained his seat as the Chairman of the Council of Governors.

Oparanya will be deputised by Murang’a Governor Mwangi Wa Iria, who has similarly been re-elected to the post.

The council said the decision to retain Governor Oparanya was by consensus.

The position of Chief Whip has been handed to Makueni Governor Kivutha Kibwana, the same as last year.

Speaking at the meeting held at Movenpick Hotel in Westlands, Devolution CS Eugene Wamalwa reiterated to the governors that the national government is committed to working with the devolved units to improve service delivery in the country.

“We need to work together to empower the regional blocks of Kenya as formed by County Governments. The County Regional Economic blocs should be an investment hub for the private sector,” he added.

The executive committee will be made up of Governors Oparanya, Mwangi Wa Iria and Kivutha Kibwana.

Education Committee will be chaired by Nyeri Governor Mutahi Kahiga.

In 2018, the council was chaired by Turkana Governor Josphat Nanok who sought re-election last year after the expiry of his one-year term which began in December 2017.

Oparanya is the fifth governor to head the council after former Bomet Governor Isaac Rutto’s stint from 2013-2015, former Meru Governor Peter Munya- 2015-2017, Turkana’s Josphat Nanok who served from May 2017-January 2019.

Oh, No! Not another election, Oparanya tells Maraga