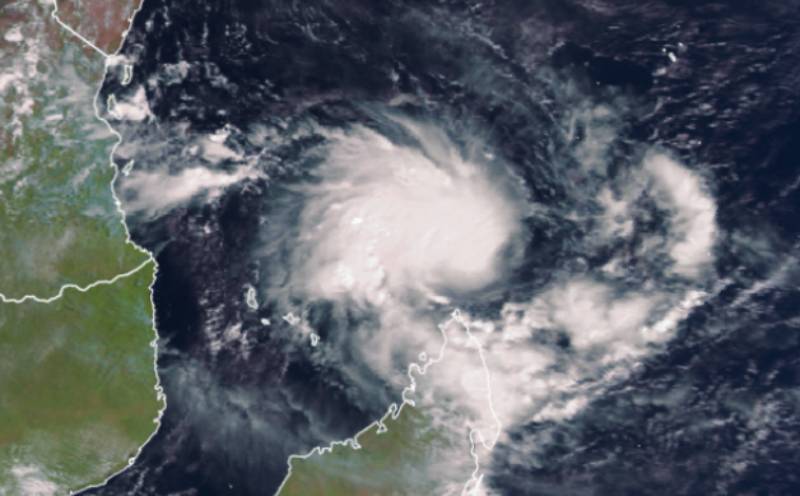 Kenya’s capital Nairobi is one of the regions set to feel the impact of cyclone Kenneth, a devastating strong wind expected to sweep through parts of Tanzania and Mozambique from Thursday. A statement from Kenya Meteorological Department indicates that Nairobi alongside other counties will feel the impact though such will be in forms of rain-not strong winds.  “We may experience the effects of the cyclone in the form of enhanced rainfall over parts of Isiolo, Western Kenya, Samburu and including Nairobi. Stay with us for updates as the cyclone evolves,” statement reads.

However, the weather forecast body has alleviated fears that the cyclone may hit the Kenyan Coast. It adds: “It is false that cyclone Kenneth will hit the Kenyan Coast. By the laws of physics, Cyclones cannot come this close to the equator. Landfall will be northern Mozambique as shown in the satellite image.” Relief The Meteorological Department said that the current rains will ease the biting drought in dry areas. It noted: “There is like hood of the heavy rainfall between 25th -30th April 2019 in parts of Isiolo, Samburu, Narok, Kajiado, Trans Nzoia and Nairobi counties which may cause flooding in some parts of the low –lying areas in these counties.” Yesterday, Accuweather warned that the cyclone would sweep southern parts of Indian Ocean stretching from Tanzania all the way to Mozambique.

“Landfall of Kenneth could occur as early as midday Thursday near the border of Tanzania and Mozambique. If Kenneth tracks slower and has more time to strengthen, landfall may not occur until Thursday night,” read the Accuweather report. The French national meteorological service, French Meteo, on Tuesday rated Cyclone Kenneth as a moderate tropical storm. The new cyclone is set to smack the Indian Ocean just over a month after Cyclone Idai hit Mozambique, Malawi and Zimbabwe killing over 1,002, injuring 2,513 people and displacing several others.