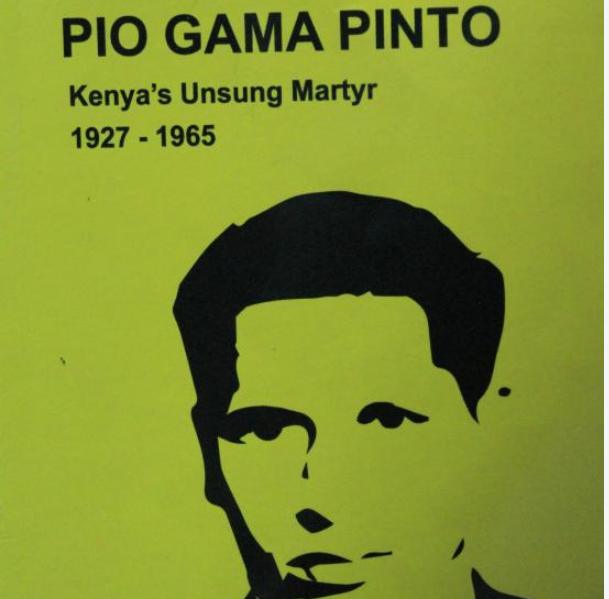 Any product of the Kenyan school system will remember the striking image of a handsome man of Indian origin as they flipped through their history books.

But beyond curriculum duty, past newspaper, magazine and scattered online articles, one is hard-pressed to find writings, ideas and a detailed record of the life of Pio Gama Pinto, the charismatic person who became independent Kenya’s first political martyr.

At the Kenya National Archives, this writer was only offered two booklets on Pinto.

But a new book to be launched next week has compiled all the writings on Pinto that its author could lay his hands on.

Shortly after independence, Pinto was shot dead outside his Westlands home (where Sarit Centre is). He was 38. That his two-year-old daughter was in the car with him or that it was broad daylight did not deter the assassins -- they were determined to eliminate him.

One stark reason to finish him, it has been argued over the years, was the fact that he was a hardcore socialist caught in the cross-hairs of neo-imperialists hell-bent on directing Kenya the capitalistic way.

The 2013 report by the Truth, Justice and Reconciliation (TJRC) said his death was motivated by “ideological differences at the heart of the global cold war but also mirrored in domestic politics.”

Three men were nabbed in connection with the murder. TJRC said those arrested were “scapegoats” meant to divert attention from the real killers.

Fingers were pointed at the government led by Mzee Jomo Kenyatta.

One of his closest friends Achieng’ Oneko, on learning about his death, would shout: “No, no, no! Kenyatta must explain! He must explain!”

Kenya’s second Vice President Joseph Murumbi, also a dear friend, was the most distraught and in tears after learning of his death (Murumbi is quoted saying that Pintomade him join politics).

Two weeks earlier, Pinto had been tipped that there was a plot to murder him alongside Bildad Kaggia and JD Kali due to their “secret anti-Government” activities.

But did Kenyatta have a hand in Pinto’s death? Pinto after all, had fought for Kenyatta’s release from detention. The book suggests that his assassination needs to be seen in its “overall national and international” context.

Durrani quotes authors who have tied his death to that of slain US black rights activist Malcolm X. The two met when Malcolm visited Kenya in 1959.

Pinto was active in the fight against colonialism as well as neo-colonialism in the post independence struggle and was targeted by colonial Portuguese Goan and British Kenyan administrations.

The post independence ruling elite ultimately silenced him. “The bullets that killed Pinto may have been fired or organised by the former home guards, now the new power brokers, but their foreign backers were the real instigators of his assassination,” writes Durrani.

Pinto gave away almost all his money and not even his wife Emma, knew how much he earned.

As secretary of the Pan African press, Pinto used to tell his wife that his salary was half of what he earned and gave out the other half to the poor.

According to Murumbi, he didn’t own a house and was very reluctant when it was suggested. When Pinto died, poor people from all over went to his house.

“It was really pathetic to see elderly Kikuyu weeping for a man who had helped them, a man who was their colleague in detention and a man who had never forgotten them,” said Murumbi.

After his death, Murumbi arranged for Emma to immigrate to Canada where they became citizens.

Now 90, Emma describes Pinto as a “humanist.” The author says the book has been in the works since the 1980s and blames unfavourable political climate for the cancellations and delays on any work on Pinto.