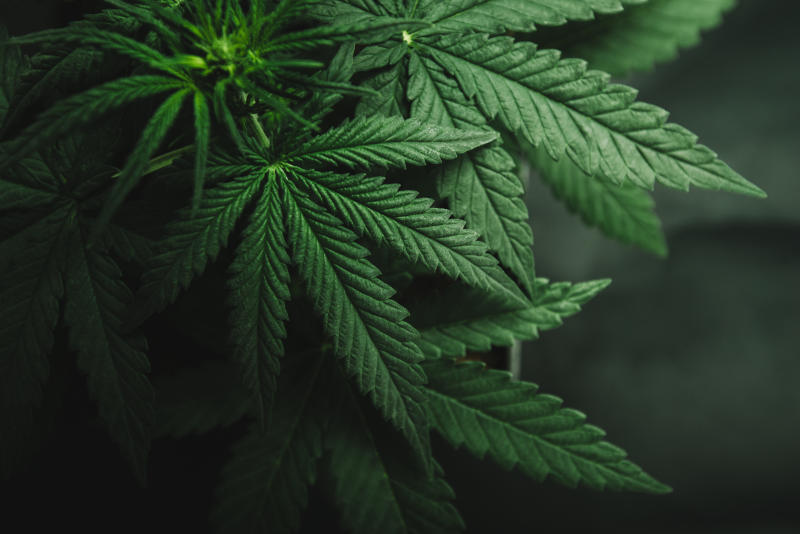 A wind of change over ‘pot’ is sweeping across Africa, with three countries lifting restrictions on the drug in a year. Kenya, it seems, is raring to follow suit.

As investors in the Americas craved marijuana stocks this week, South Africa was coming to terms with a constitutional court ruling that allowed limited use of marijuana, popularly known as weed. In Kenya, Kibra MP Ken Okoth was giving notice of introduction of Marijuana Control Bill 2018 in the National Assembly to decriminalise the use of marijuana and draw up regulations for growth and use of the herb.

“The purpose of this letter is to request for assistance in preparation of the necessary Bill for publication. A working draft is hereby attached and available in soft copy too,” the MP said.

But Okoth’s action will not be the first attempt to legalise bhang. Two Kenyan researchers, Gwada Ogot and Simon Mwaura, blazed the trail in petitioning Parliament to legalise cannabis.

The petitions, presented in April 2017 and March this year, however, seem to have lost the steam they generated at the time. Among the legislators who were vehemently opposed to it is Makueni Senator Mutula Kilonzo Jr.

“Bhang has medicinal benefits which we have blatantly abused. If the lobbyists were doctors or pharmacists, a good argument could be made,” he said.

But Mwaura is not taking that lying down. “We are preparing to go to court. Things are dragging so much,” he told Sunday Standard on Thursday.

After petitioning the National Assembly’s Health Committee, he explained that he was made to understand a Bill would be prepared and introduced into the legislative process.

At the same time, he was advised to apply for a licence with the ministries of Agriculture and Health, which he did, but they  are yet to respond.

“We will invoke relevant international conventions which Kenya is a signatory,” Mwaura said.

In collaboration with local universities, Mwaura says they have managed to isolate the ‘high’ giving component from the plant. This, he says, leaves the medicinal and nutritional components intact and is the plant he is promoting.

“It is like a castrated bull, which is good for fattening and produces the best meat,” said Mwaura of the innovation company, Hyaquip Kenya.

He suggests that farmers be allowed to plant a minimum of one acre of the ‘highless’ plant for the production of medicines and food supplements.

Unlike in Kenya where pot legalisation efforts have been spartan and solo affairs, in Lesotho and Zimbabwe, they had strong institutional backing from the medical and business communities.

But in the Rainbow Nation of South Africa, it has been a totally different kettle of fish, pushed mainly for recreation by the political group Dagga Party of South Africa.

Dagga is a local street name for cannabis which forms the party’s platform.Party leader Jeremy Acton fights on the basis that dagga is safer than tobacco and alcohol, and users should not be discriminated.

He argues that the party has potential because 35 per cent of South Africans over the age of 13 smoked dagga.

Dagga, pot, weed, ganja or bhang - as the drug is commonly referred to in Kenya - in is mainly a drug for young men, data indicate.

“At least 162,863 children in Kenya below the age of 18 years use cannabis in school,” said Patrick ole Ntutu, the Interior Chief Administrative Secretary.

Ntutu was citing 2017 data from the National Authority for the Campaign against Alcohol and Drug Abuse (Nacada). Nacada data also shows that cannabis use in Kenya is mostly common among 18-25 year-old males. But the numbers fall drastically in mid-thirties.

Consequently, Nacada says bhang use is a major problem among the youth in institutions of higher learning. Last year, Interior CS Fred Matiang’i said they had deported 30 people involved in drug trafficking within universities.

But if a coursework at Kenyatta University which went viral last year represents the thoughts of Kenyan youth on ‘pot,’ then its legalisation has significant support.

Justifying the legalisation of ‘weed’ in their mock ‘Marijuana Bill,’ KU students said despite current legal restrictions and punishment, these have not deterred its growing, sale and use.

“This is the reason why it is prudent to allow the growing, sale and use of marijuana, but in monitored and controlled levels,” said the KU bill.

The ‘bill’ supports legalisation of bhang both for medicinal and recreational use. However, people, who want to smoke, eat or drink marijuana in the various forms, the mock bill suggests, must get a licence to do so.

A person, the ‘proposed law’ says, shall not use marijuana for recreational purposes in the company of another person who does not have a licence. Otherwise, one will be liable upon conviction to a fine not exceeding Sh5,000.

A person selling marijuana, the ‘bill’ proposes, must have a licence from the county government and if not is liable for a fine no less than Sh50,000.

But not everybody wants marijuana legalised. “Endorsing the drug would have disastrous effects on our vulnerable society, with so much unemployment. Jamaica is such a messed up country with high level crime and idleness,” posted Gorillaman after the news from South Africa.

South Africa became the third country in the continent after Lesotho legalised cannabis in June 2017 and Zimbabwe in April.

Other countries where campaigns to change the legal status of cannabis have picked up steam are Malawi, Morocco, Ghana and eSwatini.

Sober up and do what is right by legalising bhang