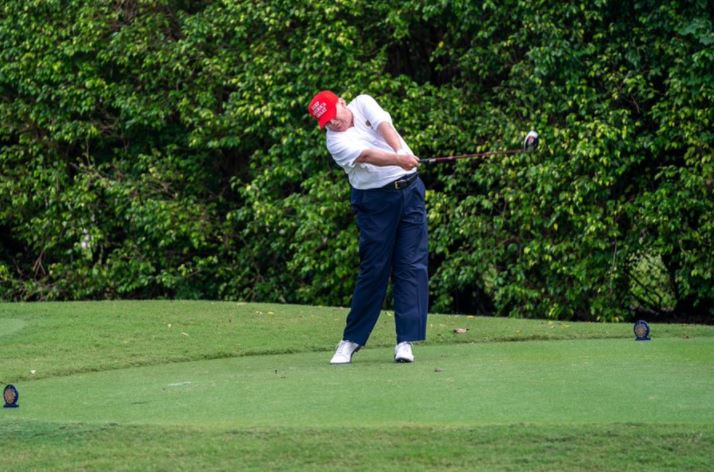 For Donald Trump, his golf courses are jewels in his self-branded business empire, from the swaying palm trees of Trump National Doral in south Florida to the panoramic sea views of Trump Turnberry on the windswept west coast of Scotland.

When running for US president in 2016, Trump pointed not only to the prestige of his golf course portfolio, but also to the strategy the resorts represented.

Facing skepticism at the time about his track record as a businessman, Trump told Reuters that those who focused on the operating losses at his courses were missing the point. The “big play” was developing real estate at the properties, he said.

“My golf holdings are really investments in thousands, many thousands of housing units and hotels,” Trump said in the 2016 interview, adding that the courses were in prime locations such as near Manhattan.

The strategy, he said, involved building homes on and around fairways purchased at a relative bargain. The formula, he added, would make his portfolio of courses “worth many times what I invested.”

Today, as he campaigns for a second presidential term ahead of a November 3 election, his business, the Trump Organisation, appears to have made little progress in turning that vision into reality.

A Reuters review of satellite imagery and publicly available property filings in the United States and Europe shows that over the past decade, the Trump Organisation has not built a single residential or holiday home at any of the 11 golf properties owned by the business.

“Whatever he thought would happen when he bought these courses, doesn’t seem to have panned out,” said Deepak Malhotra, a professor at Harvard Business School, whose work focuses on negotiation and deal making.

Eric Trump, one of the president’s sons who oversees the business, in a statement said they just celebrated one of the best years in the history of Trump Golf and were “incredibly proud of the portfolio we have built.”

By Thomson Reuters Foundation | 6 days ago