Who will stop the escalating feud between Uhuru and Ruto?

The war of words between President Uhuru Kenyatta and his deputy William Ruto, as the country approaches a high-stakes General Election, has raised political temperatures.

Observers opine that an escalation of the exchange could plunge the country into a dangerous territory. Already, the frosty relationship has not only divided Kenyans but also brought into disrepute the presidency.

The leaking of an audio tape where the DP is heard allegedly saying he nearly slapped President Uhuru Kenyatta after the nullification of the presidential results in 2017, and a rebuttal from Ruto have exacerbated the situation and laid bare failed efforts by the clergy and elders to reconcile the two.

Azimio presidential running mate Martha Karua on Sunday said Ruto could not be trusted with presidential powers since he is likely to be vengeful.

“If you would slap the president, what can you do to an ordinary Kenyan? Just give way, and let your temper cool down. At the right time which God will ordain, you will be considered. Kenya cannot be led with hate and anger,” said Ms Karua at a rally at Tipis, Narok County.

However, Ruto seemingly buoyed by the leaked clip told residents of Mount Kenya East that he made the remarks because he could not stand the region losing the presidency.

"Did you want me to allow Uhuru to cede power after you had woken up at 4 o’clock? I did what I needed to do to ensure the power you gave us was protected, did I do anything wrong?" he posed at a rally in Buuri constituency, Meru County.

The leaders feud has also cast negative light on the presidency and set the stage for an awkward power handover ceremony should Ruto ascend to power. It will be interesting to see how Uhuru will navigate the transition of power from his administration to a man he has spoken ill of.

After the tenure of President Mwai Kibaki ended, he chose not to publicly take sides on his succession, perhaps averting a situation akin to the one Uhuru finds himself in by openly backing Raila.

The squabbles have consequently attracted the ire of the clergy, elders and the political class with a section trying to reconcile the duo to no avail.

Senate Speaker Justin Muturi a fortnight ago revealed how he tried in vain to use John Cardinal Njue to re-unite Ruto and Uhuru. Muturi, a former ally of the president said: “I took the trouble to look for former John Cardinal Njue to form a small team of senior clergymen to go and ask President Kenyatta the reasons for the fallout and seek to reconcile them. But they did not succeed,” said Mr Muturi.

In 2020 at the height of the infighting between Uhuru and Ruto, a group of the clergy concerned that the two leaders’ differences were escalating, began to reach out to them.

They first sought out Uhuru  “who showed great willingness” to meet with his estranged deputy “for the sake of the unity and peace of the country.”

“He was ready for a meeting mid-wifed by the church.

They then looked for Deputy President William Ruto.

“He too, was persuaded and was amenable to a meeting with his boss,” said a member of the clergy team.

Happy that the two parties were ready for a face-to-face meeting, the clergy then moved to secure a date with the leaders to iron out their differences that was the end of the peace mission.

Even though the president showed willingness and the men of God made another trip to the deputy, the talks did not proceed “beyond the willingness stage” after the third attempt.

"I do not think the reconciliation efforts are relevant now... Efforts should go towards the elections and not the spat between the two," Archbishop Anthony Muheria said yesterday.

Understandably, there has been a thawing of hard-line stances by operatives in government towards Ruto and his allies. The arrest of eight residents of Busia town who attacked his motorcade is testimony to this. Until last weekend, the president had steered clear of political talk. He disappointed his allies when he failed to spill the beans on Ruto during the Sagana III meeting in February.

The president also backed off from his earlier threat of campaigning against Ruto but there still appears to be no love lost between the former allies.

It is not clear if the truce called by the Catholic bishops had a hand in the thawing of the hard grounds for the two leaders.

In an interview with Kericho Catholic Bishop Alfred Rotich then, he noted that, after the few errands by the clergy, there was already expression of interests by the two sides and behind the scene talks started.

“The process is ongoing, beacons have been pitched and what is remaining is normal surveying. We could have a breakthrough before Christmas,” said Bishop Rotich in October 2021.

ODM Secretary General Edwin Sifuna now attributes the renewed political duel between Uhuru and Ruto to a deputy choosing to disrespect and undermine his boss.

“The DP and his allies have thrown vitriol at the president depicting him as someone who was lazy and being forced to do a job he was not interested in. That coming from the opposition is one thing but it’s quite unfortunate that it is coming from the person who swore to be his helper,” said Sifuna.

“We have a deputy who threatened physical violence against his boss and it is quite shameful. All the anger we are seeing with the deputy president is because Uhuru, somewhere along the line, made a decision that there was a character flaw with his deputy and probably decided Ruto was not the right person to inherit him,” said Sifuna.

Soy MP Caleb Kositany however, blamed the hostility between Uhuru and Ruto on the handshake citing betrayal and mistrust on the part of the President to his deputy.

“In the current political set up, no one has worked with Uhuru more than Ruto. The DP knows the President well… From the word go we (in the Ruto camp) gave our reservations about the handshake, knowing it was not about Kenyans but succession politics… Does Uhuru love Kenya more than the rest of us so much so that he wants to manage his succession in this manner?” Posed Kositany.

He called out Uhuru for indicating that Ruto was a failure saying that he (Uhuru) had stripped his deputy of responsibilities.

“Uhuru is being forgetful. He gave an executive order transferring the functions of Ruto to a ‘super’ CS so he shouldn’t say Ruto failed him. It is those that he tasked that have failed him,” said the MP.

Kericho Senator Aaron Cheruiyot faulted Uhuru, saying that he should be held to account.

“…the person to ask to apologise is President Uhuru Kenyatta. If he had behaved presidential like Kibaki did in the run up to the 2013 elections as he headed to retirement, things would be different,” said Cheruiyot.

Prof Gitile Naituri said: “The President needs to be calmed down. He is treating the coming presidential elections like a matter of life and death. His recent spats of anger and foul language are not presidential at all.”

The frosty relations can be traced to the March 2018 handshake between the President and ODM leader Raila Odinga following the hotly contested 2017 repeat elections. 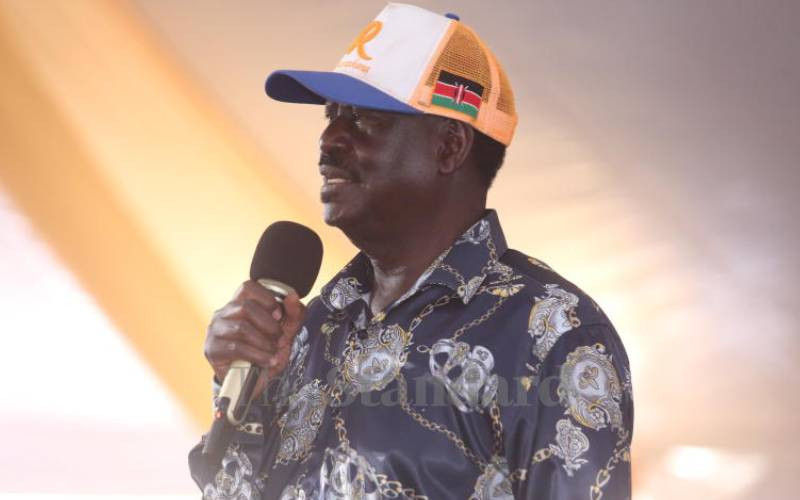 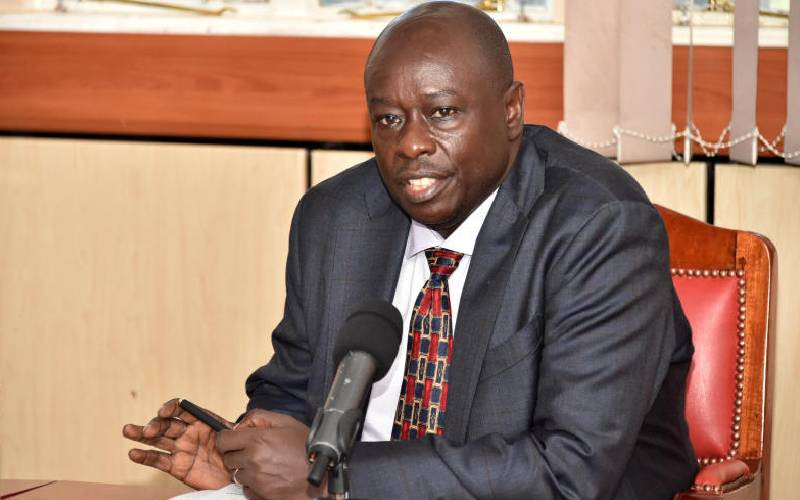 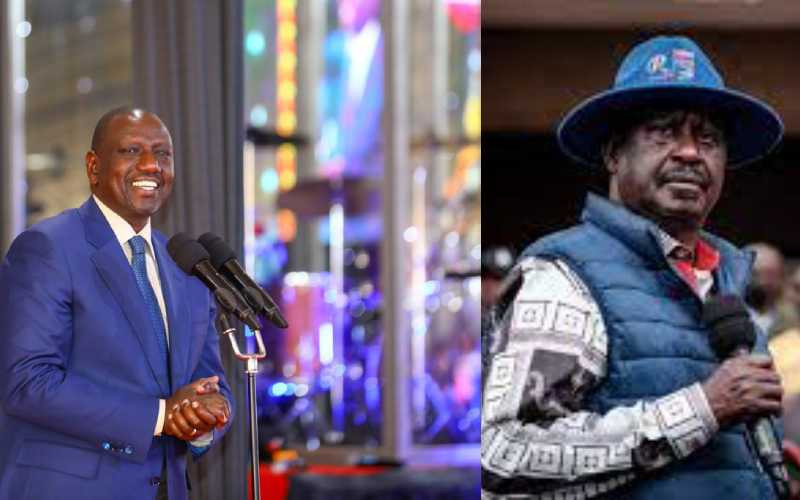 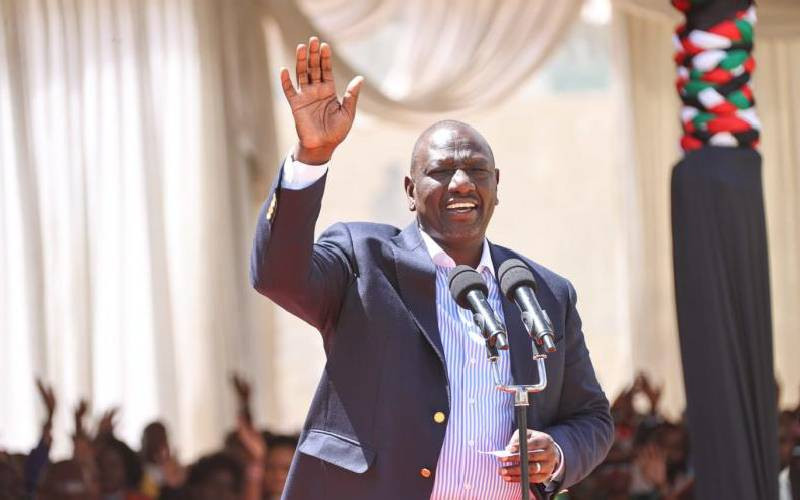 By Edwin Nyarangi And Collins Kweyu Feb. 5, 2023
How Raila has outwitted former presidents to remain relevant

By Josphat Thiongó Feb. 5, 2023
Hits and misses of Ruto's Cabinet after 100 days in office