A return to prison to preach hope

These days I find it interesting to imagine what people who have never been to prison either as visitors or prisoners think about prisoners or those who have been there.

The sight of the prison mariamu alone is enough to scare some people, leave alone coming in contact with prisoners. I was that way several years back until I found myself inside the old and overcrowded van with smelly sisters due to accumulated dirt for staying long in police cells without bathing.

A lot of people try to get a glimpse of the passengers in these green vans perhaps to check whether there is someone they know or generally to see how offenders look like.

This curiosity can remain until one lands in prison only to discover that these are just ordinary people.

A good number would not be in jail if they understood law or had been able to hire good a lawyer.

However, if there was a way of simplifying the legal jargon most would have appreciated their trial. This is because a whole session can take place in court with the person on trial unable to understand even a line of the lawyers’ argument.

Recently, some members of our church were touched and planned to visit sisters in zingatialand. They wanted to give them a message of hope and to assure them that once they repent their sins, God does not keep a diary of reminders. That God forgives even the worst sins. Theirs was to seek God. The were visibly shocked to see the beautiful ladies, some of whom had served several years in the prison. They bombarded me with questions one after the other.

"So what did that beautiful young girl do? What about this other one? And, what about the small one at the other corner? When are they going to leave prison? What about the one standing? Oh my God, does anyone ever visit them? Who brought these babies here? What do they eat? Where do they sleep?

My colleagues did not seem to know so many things. One or two of them had already been moved into tears by what they saw. I too felt sad and wondered how I had managed to live in zingatialand for seven years. Surely God is great. I looked at most of these sisters whom I had lived with for so long and hoped that one day they would be free like me. You can as well guess that I could not get to answer all these questions because we had gone to zingatialand to take a message of hope.

My colleagues from the outside world had just been carried away because, they expected to see people who are out of the ordinary perhaps only to find they were normal human beings who were suffering.

The writer is an ex-prisoner.

Bar owners relieved after the government extended the closing hours

Bar owners relieved after the government extended the closing hours

Insurers complain that the Insurance Act still operates on the legal implements of the Britain’s Judicature Act enactment of 1895-97.

By Standard Sports | 52 minutes ago 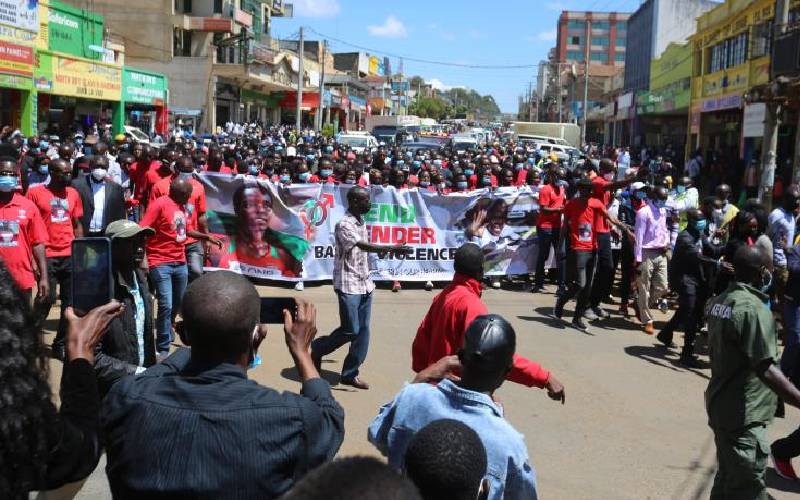