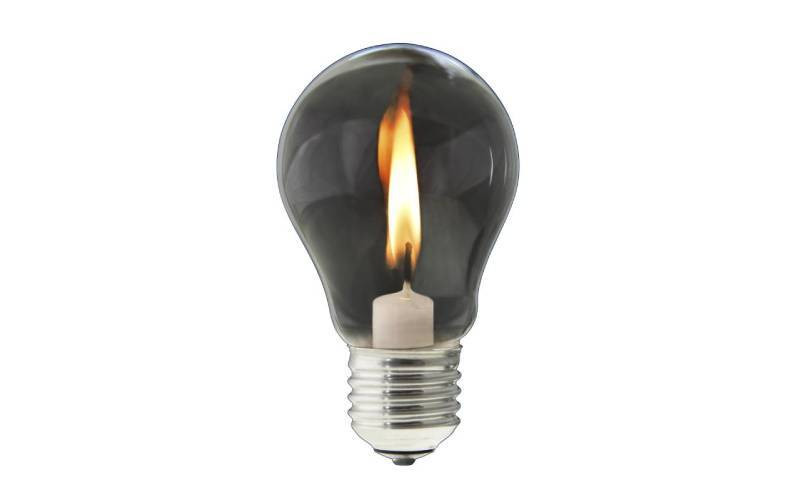 One of the key numbers that President Uhuru Kenyatta will be taking home after the August 9 General Election will be 8.8 million.

Those are the Kenyan households that have access to electricity.

While he may have fallen short of achieving the goal of universal power access by 2020 - a promise he made while campaigning to be president a decade ago - President Kenyatta moved mountains and saw access to electricity jump from a paltry 2.3 million in 2013 to the current 8.8 million.

This has seen Kenya move to be among the most electrified countries in Africa.

Offering electricity at affordable prices to these consumers has however eluded President Kenyatta. About 60 per cent of Kenya Power’s consumers fall under the lifeline tariff and could really use affordable power.

Other consumers, including industries, have voiced concerns about the cost of power and noted that this has made their products uncompetitive, even in the local market.

President Kenyatta had seen an opportunity to bring down the cost of power by re-looking at expensive power deals that Kenya Power has with Independent Power Producers (IPPs), or privately funded electricity generation projects.

This is especially so in the case of the thermal producers that generate electricity by burning heavy fuel oil.

Throughout his presidency, he appears to have pulled all the stops, initially through a radical plan to pull the plug on the thermal power producers and later a softer and diplomatic tact to renegotiate the Power Purchase Agreements (PPAs) that they have signed with Kenya Power.

The IPPs, especially thermal producers, have their power priced at higher rates and the argument was that getting them to reduce the per unit cost of the electricity they feed to the grid would bring down power costs.

IPPs were not always bad. They came to fix a need in Kenya, with the country even becoming a benchmark for most African countries that have insufficient electricity to power economic development and to extend access to all of their population, according to a 2018 study by three scholars.

The IPPs, which the country started procuring as early as 1996, would play a major role in stabilising the supply of electricity in the country in the early 2000s.

The companies stepped in to bridge the power generation gap, resulting from years of underinvestment in the electricity industry by the State.

Failure to adequately invest in power generation would plunge the country into darkness in 1999 and 2000, following a two-year drought that saw the country’s hydropower dams nearly dry up.

The government resorted to rationing electricity as it could not meet demand. At the time, 70 per cent of the country’s power generation came from hydro-electric dams.

Domestic and commercial customers had to do without grid power for about 12 hours a day for six months, devastating livelihoods and businesses.

It is against this backdrop that the country earnestly opened up the power sector to the IPPs, pushed by the mantra of privatisation by the World Bank and International Monetary Fund (IMF), as the country emerged from the aid embargo.

But in the rush to do so, the details of the contracts that the power firms signed with the government were put on the back burner.

This exposed the country to being tied up to secretive contracts that are said to be heavily skewed in favour of the power producers.

Moreover, by the time President Kenyatta’s Jubilee Party swept to power in 2013, things had started to change with a lot of alternative sources of power such as geothermal available.

Kenyans were no longer obsessed with access to power but its cost.

On his campaign trail, Uhuru had promised to lower the cost of power so as to attract investments, especially in the moribund manufacturing sector which was losing investors to neighbouring Ethiopia due to costly electricity.

In 2016, as Uhuru announced that electricity coverage had reached 56 per cent, he also asked for the review of the IPP contracts, which he insisted, ought to have been pegged on performance to ensure Kenyans have access to reliable power at affordable rates.

“As we go forward, yes, we want to encourage private sector participation in power generation but it must be done in a transparent manner to ensure Kenyans get maximum benefit,” said Uhuru. “Those arrangements that are not cost-effective to the Kenyan people must be terminated – in a legal way – in the shortest time possible.”

Through the years and after numerous consultations as well as reports by different task forces, the plan to review IPP contracts seems like it has failed.

It is only this year that the government has been able to bring down the cost of power by 15 per cent and even then, this was achieved by getting Kenya Power to take the hit, which the IMF says will result in a Sh26.3 billion dent on its revenues.

An additional 15 per cent that was to be achieved via renegotiating PPAs that the producers have with Kenya Power is unlikely to come through, as IPPs have refused to take any haircut on the revenues they get from the electricity retailer.

With two weeks left to the August 9 elections, President Kenyatta seems to have lost the battle against IPPs.

The reduction in power costs was among the key recommendations of the Presidential Taskforce on Review of PPAs formed in March last year. The task force had recommended a 30 per cent reduction, with other recommendations being the renegotiation of PPAs that would have resulted in savings for Kenya Power that would then be passed on to electricity consumers.

Before then, the Ministry of Energy – acting on a presidential directive – had in January 2017 formed a committee to review contracts that thermal IPPs have with Kenya Power and advise the ministry on the way forward.

The committee led by Strathmore University’s Prof Izael Da Silva would take long before getting back to the ministry and had to get several extensions from the initial six months it had been given and only reported back in May 2018.

Its verdict then was that it would be too costly to terminate or review the PPAs.

The task force recommended that the Energy Ministry leave the contracts to lapse. Some of the contracts extend beyond the year 2030, which means that Kenyans will continue grappling with higher charges associated with clauses in the PPAs that guarantee the power producers’ income even when they do not supply power to Kenya Power.

Another inter-agency committee was formed in 2019, which submitted its report to the Energy Ministry in January 2021.

Of the committees, it is the task force chaired by John Ngumi that has received much attention perhaps because of the recommendation of cutting power prices by 30 per cent that resonated with individual consumers as well as businesses.

It also made the bold recommendation of opening up contracts that Kenya Power has with IPPs for review and lowering their tariffs.

But there have been delays in implementing the recommendations. It is only in January this year that the country managed to lower power costs. The Energy and Petroleum Regulatory Authority (Epra) gazetted a new tariff that had the effect of lowering electricity prices by 15 per cent.

That has however come with more baggage for Kenya Power, which according to the National Treasury faces an annual revenue loss of Sh26.3 billion.

To deal with this, the government has committed to extend some Sh14.1 billion over the two financial years to June 2023. It also requires Kenya Power to undertake a major cost-cutting to be able to absorb the power cost reduction.

“The January tariff cut opened up new liquidity gaps to the tune of Sh26.3 billion annually. For the second half of 2021/22 financial year, this gap is expected to be covered by cost-saving measures and government support of Sh7.05 billion, although yields from some of the cost-saving measures remain to be confirmed,” said Treasury in the IMF report.

“Going forward, despite additional government support of Sh7.05 billion in 2022/23 financial year, there remains significant financing gaps on an annual basis over the medium term, which would need to be addressed by specific cost-saving measures developed as part of a turnaround strategy.

“As a result, KPLC’s working capital will remain in deficit in the foreseeable future. Considering the company’s strategic role in the economy and linkages to other players in the sector, the associated fiscal risks are substantial. Thus, a comprehensive approach in addressing KPLC’s weaknesses is urgently needed including clearance of Government of Kenya obligations to KPLC.”

The second tranche of 15 per cent reduction in power prices has however not materialised. It was expected that the review of PPAs would result in some savings, with Kenya Power paying lower charges for electricity from the IPPs.

This has however not been the case with some of the IPPs playing hardball and opposed to taking pay cuts.

This is even as IMF advised the government to refrain from further cuts in power prices, noting that the first reduction is already too big a burden for Kenya Power.

“Any future reduction in electricity tariff should be avoided unless fully backed by well-identified and achievable cost-saving measures to prevent deterioration of KPLC’s liquidity and profitability situations,” said IMF in the report.

While Jubilee’s campaigns in 2013 and 2017 were heavy on the promise of cheap power, the administration has been unable to live up to the promise.

The reduction in January was not enough to take consumers to the level where power prices were in 2014.

An energy economist who has worked in different capacities in the power sector said that while power prices have over the years gone up, the amount consumers pay for the energy charge has remained the same.

The increases in the retail price of electricity have been due to factors such as inflation as well as fuel and foreign exchange adjustment.

“It is true that the cost of power doubled over the last 10 years and before the January 2022 reduction but the energy cost – excluding the levies and taxes – has remained the same, that is Sh15.5 per unit,” said the economist.

“The average electricity tariff has remained about the same before the 15 per cent reduction as it was in 2013, that is at about Sh15.5 per kilowatt hour.”

The marginal movement in the energy charge can be seen in the tariff reviews that Epra has undertaken over the years.

These customers additionally had to pay a monthly fixed charge of Sh120. This changed in another tariff review of 2018, where Epra scrapped the fixed and factored the money in the energy consumption charge.

This has only come down in January this year, following the new tariff that will be in place up to December 31.

Under the new tariff, households falling within the Domestic Lifeline category will now pay Sh7.70 per unit before taxes and other components are loaded from Sh10. Other domestic consumers will pay Sh12.60 per unit down from Sh15.80.

Commercial and industrial consumers were also given similar reductions in their cost of power.