Give maize a break Try me some sorghum

Crop
By Kelvin Ogega | 2 months ago

Sorghum is Africa's second most important cereal because it is the primary source of daily calories for 300 million sub-Saharan Africans says Crop Life International.

Research by sciencedirect.com says sorghum is an ancient crop of African origin and especially important in the semi-arid tropics of Africa and South Asia, with significant production in China, Southeast Asia and America.

Though not many people in the urban areas are familiar with sorghum growing, this cereal grain is a great alternative to maize diets.

Sorghum is drought-resistant, therefore quite popular in drier areas. In Kenya it is grown in Western, North Rift Valley, Eastern and some parts of Central.

It is small, round and white or pale yellow though some varieties are red, brown, black, or purple.

It is rich in nutrients and easy to add to your diet, but the advantages do not stop there. According to healthline.com it is used as animal feed, and as a natural and cost-effective fuel source.

Sorghum plays an important role in food security especially in semi-arid lands of Kenya as it can survive drought conditions.

You can cook this grain like rice, mill it into flour, or pop it like popcorn. It can be converted into a syrup that is used to sweeten many processed foods.

According to online publication, information cradle, sorghum has a well-developed rooting system and an ability to roll up its leaves during hot, dry weather decreasing the transpiration rate.

Sorghum can be grown in a wide range of soils but does well in fertile well-drained heavy clay soils, light sandy soils with a soil pH of 5.0 to 8.5.

The crop is normally grown from seeds which are usually broadcasted or sown directly into a furrow after plowing.

Germination occurs within five to seven days after sowing. Seedlings are grown in a nursery before being transplanted into the field early in the dry season.

Intercropping can be done with grain legumes such as beans, cowpeas, pigeon peas and green grams.

Sorghum is usually harvested by hand when it has reached full maturity at three to four months. It is then sun-dried and threshed before storing the grain.

Pests can be controlled by drying the grain adequately before storage. Use scarecrow for birds and practice intercropping and spraying with pesticides.

Sorghum is rich in a variety of nutrients, including vitamin B, which play an essential role in metabolism, nerve cell development, a healthy skin and hair.

According to healthline.com, the crop is high in antioxidants like flavonoids, phenolic acids, and tannins. Eating a diet rich in these antioxidants can lower oxidative stress and inflammation in your body.

It is a rich source of magnesium, a mineral that is important for bone formation, heart health and over 600 biochemical reactions in your body, such as energy production and protein metabolism.

Half a cup of sorghum provides more than seven grams of fibre, which is about 25 per cent of the recommended daily intake. A diet rich in fibre helps to manage weight, lowers cholesterol in the body, stabilises the blood sugar levels and prevents constipation.

Finally, this grain is a great source of a plant based protein. In fact, it provides as much protein as quinoa, a cereal grain renowned for its high protein content.

The price of a kilogram of sorghum in most markets is between Sh37 to Sh40 depending on the area that one is buying from. 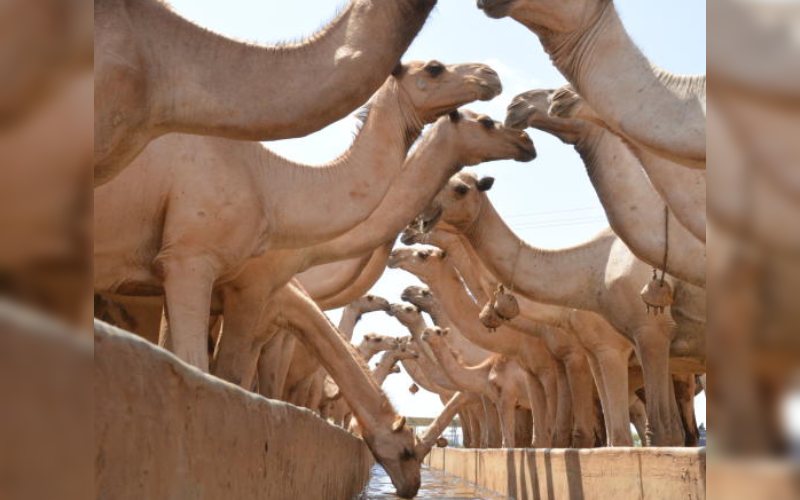 Camel milk: Why farmers are thriving
Camels are hardy and this peculiar adaptation quality enables them to produce substantial quantities of milk for communities in arid lands.
Livestock
By Dr Paul Kang’ethe
2 months ago