Deputy President Rigathi Gachagua on October 2, 2022, claimed that the country's financial situation is so bad that it even lacks sufficient foreign exchange reserves to import oil.

The remarks, coming on the back of another controversial comment that his boss, President William Ruto, inherited a “dilapidated economy” and “devastated” coffers continues to elicit mixed reactions.

But a look at the Central Bank of Kenya (CBK) data shows that DP Gachagua’s claim that Kenya has no forex reserves to import fuel is inaccurate.

First, the CBK weekly data on forex reserves shows Kenya’s import cover—a gauge of how many months the country’s current reserves can meet import needs—has stayed above the desired minimum of four months.

While Kenya’s forex reserves have been on a decline and fell below East African Community region’s convergence criteria of 4.5 months of import cover in July, they remain above CBK’s statutory requirement to maintain at least four-month cover. 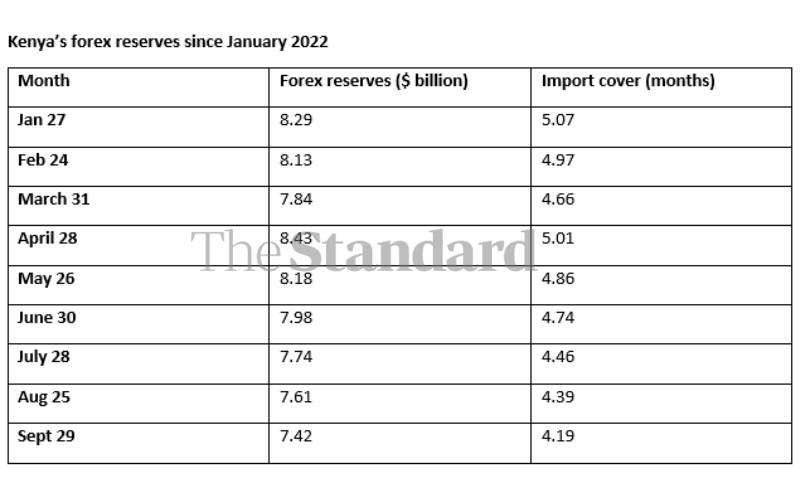 Forex reserves are critical since they are used to meet import needs. Kenya’s import bill has been growing, crossing Sh2 trillion-mark last year especially on weakening of the shilling and rising cost of fuel and food imports.

Between January and March 2022, Kenya’s import bill was Sh593.2 billion, data from the Kenya National Bureau of Statistics shows.  This means the country was spending about Sh197.73 billion every month on imports.

Assuming the Sh197.73 billion average remains the same, Kenya’s needs for four months is Sh790.8 billion—equivalent to $6.55 billion—which is above the current forex reserves of $7.42 billion.

The remittances now average Sh1.33 billion daily, being more than double the Sh640 million average that was coming in daily in 2017.

Exports also offer support to Kenya’s dollar reserves. However, exports have not been growing as fast as desired given the lack of value addition and narrow markets.

But the rising public debt and the weakening shilling against the dollar has set up Kenya on increased debt servicing costs, piling pressure on forex reserves.

Kenya’s debt has increased by over 85 per cent in the past five years, with Covid-19 disruptions having sped up the growth. 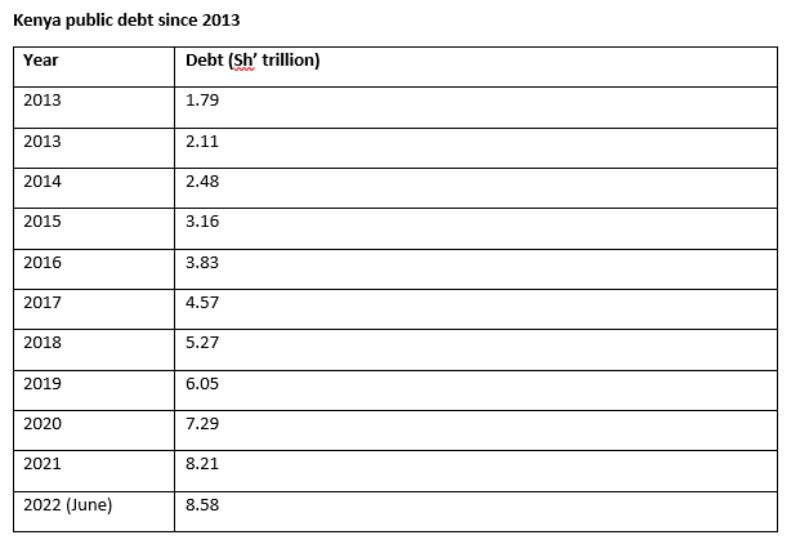 The shilling has lost 9.34 per cent to the dollar in the 12 months to the end of September 2022 increasing costs of imports and debt serving. 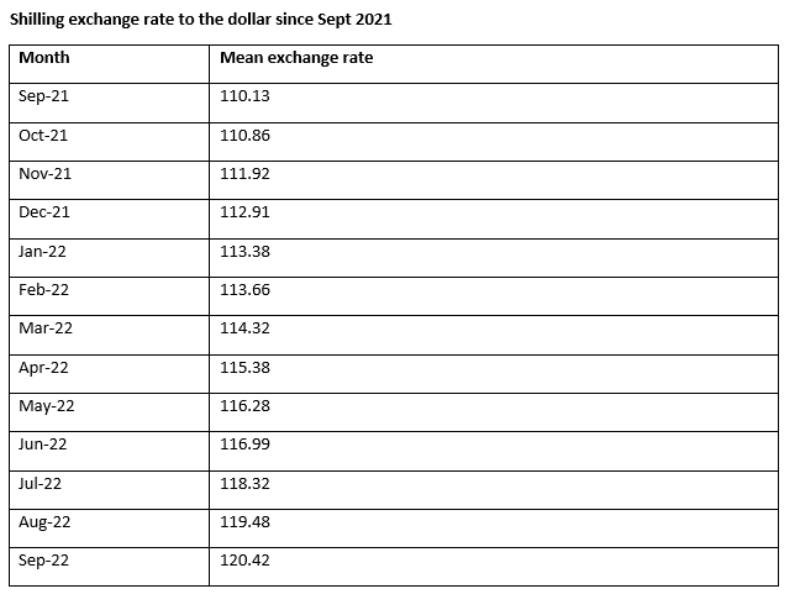 Premium Dr Githinji Gitahi: I got intrigued, watching my brother studying dead dogs
Health & Science
By Rose Mukonyo
12 mins ago
Masinde Muliro launches fund in a bid to reduce dropout cases
Education
By Kennedy Mureithi
44 mins ago
We're ready for junior secondary learners, Kepsha says ahead of meet
Education
By Patrick Beja and Mike Kihaki
1 hr ago
Premium Of World Cup and why Kenyans thrive in analysis than playing
Andrew Kipkemboi
By Andrew Kipkemboi
1 hr ago
.

By Kennedy Mureithi 44 mins ago
Masinde Muliro launches fund in a bid to reduce dropout cases
.