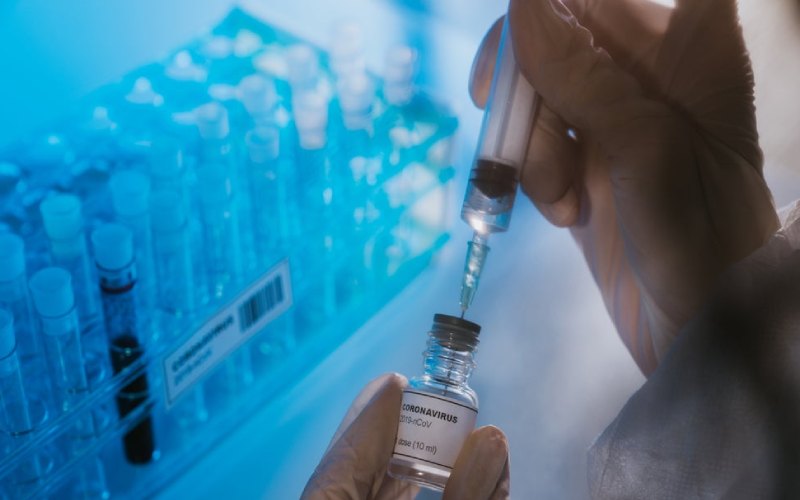 The speaker suggests that masks are causing brain damage in police officers and that COVID-19 will disappear by April, both of which are claims contradicted by the available evidence. She also alleges that a trial of a new COVID-19 vaccine “made everybody positive for HIV”. However, researchers explained that while antibodies generated by the vaccine were found to lead to some false-positive HIV test results, follow up tests showed no HIV virus was present.

The speakers in the video express opinions and make various other claims, but these are outside the scope of this check.

There is no evidence to suggest face masks cause dangerous oxygen deprivation to adult brains. A study from U.S. researchers in July found an average face mask did not limit the flow of oxygen to the lungs, even in test subjects with severe lung diseases.

According to a team of global health scientists and infection preventionists at the Meedan Digital Health Lab (learnaboutcovid19.org/), wearing a mask is considered safe and effective for most people: “Wearing masks is generally considered safe for children and adults. There are a few exceptions, for very young children (under two years of age in the United States) and people with health conditions that make it difficult to wear a mask (ex. certain pre-existing pulmonary or cardiac issues, mental health conditions, developmental disabilities). For the vast majority, wearing masks is an effective way to help reduce COVID-19 transmission without causing any major side effects, as long as masks are kept clean and used correctly.”

Cahill also tells the crowd that COVID-19 will disappear by April. She said, “The simple truth is COVID-19, caused by a coronavirus — you cannot get sick from Coronaviruses after April. Once the 2019-2020 flu virus is gone, it’s gone. You are immune from that, like chickenpox. You can never get it again”.

The World Health Organisation told Reuters that this claim was untrue.

In an email, they wrote: “The virus that causes COVID -19, SARS CoV-2 is not showing a seasonal transmission pattern. To further look into that, please check our WHO dashboard to see daily and weekly cases in each country (covid19.who.int/).

As for immunity; most people who are infected with COVID-19 develop an immune response within the first few weeks after infection. Research is still ongoing into how strong that protection is and how long it lasts.”

WHO also said that, globally, data from seroprevalence studies suggests that less than 10% of those studied have been infected, which they said implies “the vast majority of the world’s population remains susceptible to this virus. For other coronaviruses – such as the common cold, SARS-CoV-1 and Middle East Respiratory Syndrome (MERS) – immunity declines over time, as is the case with other diseases. While people infected with the SARS-CoV-2 virus develop antibodies and immunity, we do not yet know how long it lasts.”

Cahill goes on to discuss the outcome of a COVID-19 vaccine trial.

She said: “As we know, there was a Vaccine trial stopped in Australia because the vaccine made everybody positive for HIV. So, either it had RNA for HIV or it had HIV proteins. But these are not false positives. This means that everyone who got this vaccine was positive for HIV.”

This is a reference to trials of a vaccine being developed by the biotech company CSL and The University of Queensland which used a fragment of a HIV virus protein as a component to stabilise the vaccine.

Production was halted after trials showed that antibodies generated in response to the protein fragment could lead to false positives on some HIV tests.

CSL told Reuters through email that the “vaccine candidate does not contain the HIV virus and there is no possibility that it could cause HIV. Follow up tests have confirmed a false positive reading in all phase 1 clinical trial participants, who demonstrated a reactive result in certain HIV tests.”

False. There is no evidence to suggest the appropriate use of face masks can lead to brain damage. WHO says the majority of the world’s population remains susceptible to the virus that causes COVID-19, and there is nothing to indicate the population will all be immune by April. The reactive HIV test results recorded in some participants in the CSL and The University of Queensland vaccine trial were proven to be false positives in follow-up tests.