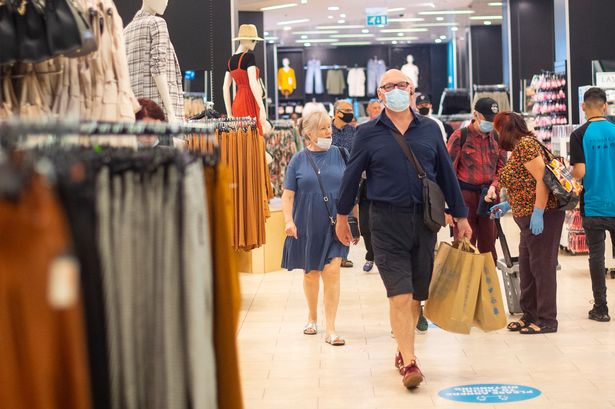 Facemasks will be compulsory in shops and supermarkets in England from next week, the government said on Tuesday, in a U-turn on previous policy.

The new legislation will come into force in England on 24 July, after weeks of wrangling from ministers about their effectiveness.

"The Prime Minister has been clear that people should be wearing face coverings in shops and we will make this mandatory from July 24," Boris Johnson's office said.

"There is growing evidence that wearing a face covering in an enclosed space helps protect individuals and those around them from coronavirus," it said in a statement.

Johnson, who spent several days battling Covid-19 in intensive care, on Monday said the measure was "extra insurance" against the spread of the virus.

"I do think in shops it's very important to wear a face covering if you're going to be in a confined space to protect other people, and receive protection," he said.

Johnson has been pictured recently wearing a blue facemask bought for £2 from a high-street bargain store.

Facemasks have been mandatory on public transport across the country since 15 June, and Scotland has already made the coverings compulsory for shoppers.

UK Environment Secretary George Eustice said Tuesday the government was changing its advice in accordance with developments in scientific thinking.

"The evidence, the understanding, has been evolving," he told Sky News television. "I don't think it's unreasonable to ask the public now to go to that next step."

But there are already concerns from the police who have called it "nigh on enforceable".

"Shopkeepers need to step up to the plate and take some responsibility," said Ken Marsh, of the Metropolitan Police Federation, which represents rank-and-file officers.

"They can quite easily put signs up on their doors 'No mask on, no entry, this is private property'."

Opposition parties have also accused the government of dithering and asked why the policy is being delayed until 24 July.

Ben Bradshaw, from the Labour party, called the government's approach "a total shambles".

Britain has been one of the countries worst hit by the virus, with nearly 45,000 deaths from positive coronavirus cases, according to an official government tally.

The government was also warned on Tuesday that a second wave of infections could see 120,000 deaths in hospitals alone in a "reasonable worst-case scenario" if no action was taken now.

The Academy of Medical Sciences said the government needed to prepare immediately to prevent the state-run National Health Service (NHS) from being overwhelmed from September.

Vultures caught up in the deadly conflict between herders and predators in the Mara.