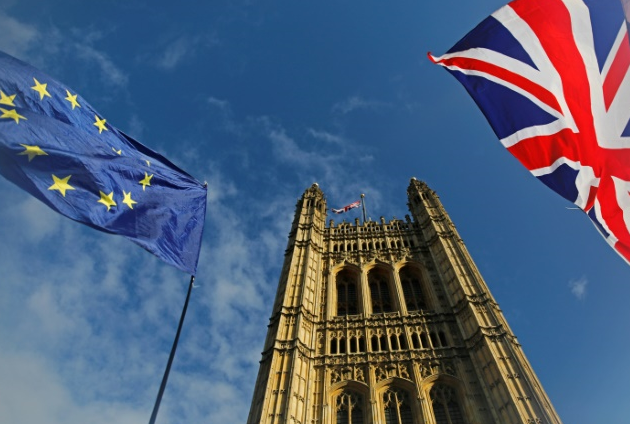 This is a historic vote with a very uncertain outcome: the British Parliament meets on Saturday to decide on the Brexit agreement between London and Brussels, just 12 days before the planned exit from the European Union.

Taken off in extremis after laborious negotiations, the agreement is supposed to settle the conditions of the divorce after 46 years of common life, allowing a smooth exit accompanied by a period of current transition at least until the end of 2020.

But its success is suspended by the approval of the British Parliament, which has already been intransigent in the past. MEPs rejected three times the previous exit agreement between former Prime Minister Theresa May and the other 27 EU members.

Convened for the first time on a Saturday since the Falklands War 37 years ago, the House of Commons will open at 08:30 GMT (09:30 local time), for debates that could last all day.

No better way out

Boris Johnson has spent all his efforts in recent days to convince members to support his agreement, chaining phone calls and interventions on television.

Arguing that there was "no better way" than his agreement to leave the EU on October 31, the prime minister urged the elected to imagine a world where the obstacle of Brexit, which paralyzes the British political life for three years, will have been "exceeded". "I think the nation will breathe a great sigh of relief," he added.

If the agreement is approved, it will still have to be validated by the European Parliament.

In case of rejection, Boris Johnson has always said that he prefers an exit without agreement to a new deadline, the Brexit having already been postponed twice. But a law passed by the Parliament requires him to ask for a postponement of three months to the EU.

The prospect of a Brexit without agreement is feared by economic circles, because it could lead according to the forecasts of the government itself shortages of food, gasoline or drugs.

The government, without a majority, needs 320 votes to validate its agreement.

The opposition parties have already announced that they oppose it: the centrist liberal-democratic party (19 votes) and the Scottish nationalists SNP (35 votes) are anti-Brexit, the Labor Party (242 votes) believes that the new agreement weakens the rights of workers, the Greens (1 vote) it does not respect the environment ...

Above all, it stuck with the North Irish Unionists of the DUP (10 votes), allied allies of Boris Johnson Westminster, for whom the text grants a different status to Northern Ireland and isolates the British province from the rest of the country.

The government hopes to convince some Labor as well as independents, including deputies excluded from the Conservative Party because they opposed a "no deal".

If the Parliament is divided, so is the British society, almost three years after the 2016 referendum that decided 52% of the UK's departure from the European bloc. While debates will be in full swing to settle the terms of the divorce, an anti-Brexit protest is planned in Westminster to push for a second referendum.

The decision of the deputies will also be scrutinized across the Channel. Several European leaders urged them to approve it, in order to move to the next phase of negotiations, which will determine the future relationship between the EU and the United Kingdom.

European Commission President Jean-Claude Juncker warned that a rejection of the text would lead to a "very complicated situation", while French President Emmanuel Macron spoke out against "new delays".

The Boris Johnson agreement is supposed to solve the squaring of the circle of the Irish border, on which the process had stumbled until now. The aim is to avoid the return of a physical border between British Northern Ireland and the Republic of Ireland, a member of the EU, to preserve peace on the island.

To this end, it keeps Northern Ireland on paper in the British customs territory but provides for a special regime for goods arriving in the British province, depending on whether they are destined to remain there or to enter the single European market. .