The state of Kenya’s protected and conserved areas- Study

By Protus Onyango | 2yrs ago

The report, released last week and titled State of Protected and Conserved Areas in Eastern and Southern Africa, says the coronavirus pandemic has compounded the challenges in conservation and has resulted in the shutdown of the tourism industry and a decrease in conservation-related funding for the protected areas whose main revenue is tourism-based.

It says the pandemic is exacerbating the gap in funding for protected areas and provides a harsh reminder of the need for revenue diversification.

The region covers 24 countries from South Africa in the south to Sudan in the north, and four of the six Western Indian Ocean island nations. The report says the region is extremely rich in biodiversity, with an abundance of spectacular wildlife, and many endemic species of flora and fauna.

The report was produced under the Biodiversity and Protected Areas Management (BIOPAMA) programme by International Union for Conservation of Nature, United Nations Environment Programme, World Conservation Monitoring Centre, Joint Research Centre and the European Commission, Regional Centre for Mapping of Resources for Development and the Organisation of African, Caribbean and Pacific States.

It was launched on the day Kenya got the honour to host an international resource centre for diversity.

Of the 12 per cent of land designated as protected areas, including forests, the report says 50 per cent are found in arid and semi-arid lands. The current trend shows a sharp decline in animal species diversity and population abundance in these ecosystems.

The idea of establishing private sanctuaries and community conservancies has gained momentum over the last few decades in Kenya due to the realisation that protected areas are incapable of adequately meeting biodiversity conservation goals and providing support to livelihoods, says the report.

These form the lifeblood of the current protected areas system, with more than 70 per cent of all large wildlife living permanently or seasonally outside of protected areas managed by government agencies.

The report faults the East African Community (EAC) comprising Burundi, Kenya, Rwanda, South Sudan, Tanzania and Uganda, saying that though the objective of the Environment and Natural Resources Management sector within the region is to promote sustainable use and management of natural resources and promote adaptation to climate change, some laws passed by EAC are not ratified by members.

This focuses on strengthening the resilience and sustainable management of biologically significant trans-boundary freshwater ecosystems and supporting adaptive capacities, and resilience to the negative impacts of climate change.

But the report says the Bill is yet to be ratified by EAC partner states and consequently, the related commission has not been established and Environmental Impact Assessments (EIAs) are being undertaken by virtue of EAC partner states laws.

For that matter, the Lake Victoria Basin Commission and the Nile Basin Initiative have provided a collaborative platform for the management of shared water and land resources for a number of years.

However, the report says an EAC-wide plan to harmonise policies and laws to better manage trans-boundary natural resources is still in development.

Further instruments developed by EAC to improve conservation in the region include a 2017-2022 strategy to combat poaching, illegal trade and trafficking of wildlife and wildlife products. This is a significant transboundary cooperation related to conservation of shared resources.

The report shows that declines in many mammal species, apart from the African elephant, have been attributed to land use change, drought, poaching, disease and competition for resources.

It shows that the overriding threat facing biodiversity in Kenya is habitat degradation, fragmentation and loss such as land use changes, physical modification of rivers or excessive withdrawal from rivers, loss of coral reefs and damage to sea floors due to trawling.

[The writer is a Bertha Fellow] 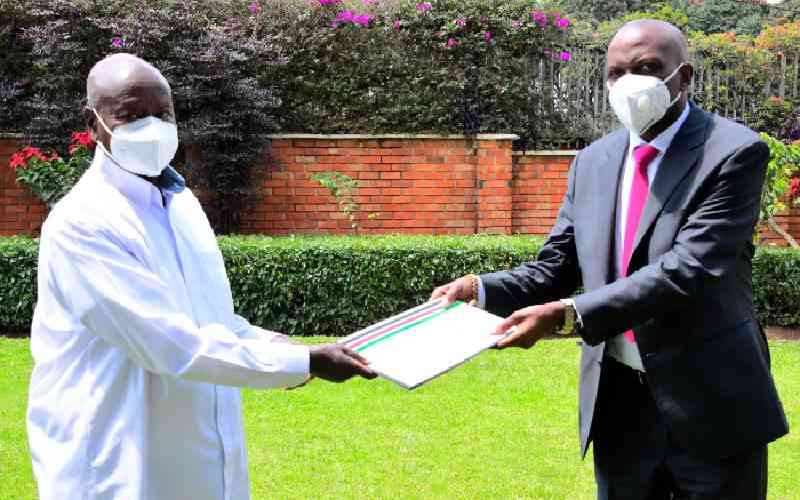