Jubilee Party candidate for Kibra by-election McDonald Mariga did not cast his vote. Mariga arrived at Lindi Mosque polling station at around 11am. He had accompanied a woman with a disability to the polling station to cast her vote. “I brought her here to cast her vote. (Ni mama nilimpata, mama mlemavu, nikaona wacha nimsaidie, apige kura),” he said. Mariga is among the 24 candidates contesting the Kibra Parliamentary seat that fell vacant following the death of MP Ken Okoth in July after a protracted battle with cancer. 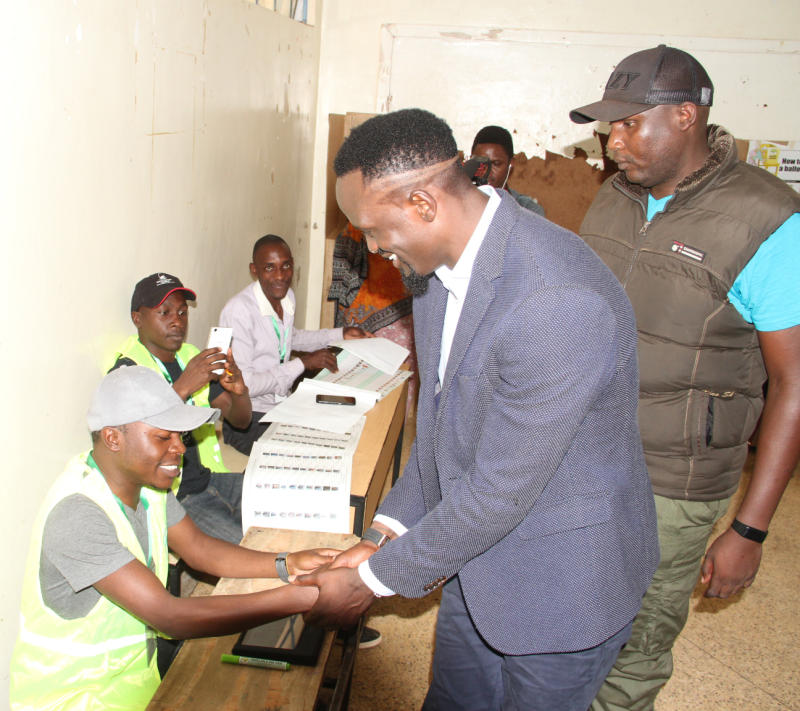 The Jubilee candidate urged the IEBC to ensure such individuals are registered.  Mariga is not registered as a voter in Kibra Constituency but in Starehe. The former Harambee Stars player has not had a smooth ride in the political world. Early last month, he was dealt a huge blow after he was informed his name was missing in the voter register.

IEBC returning officer Beatrice Muli told Mariga that his name was missing in the manual register and in the IEBC Electronic Voter Identification system. But on September 16, the IEBC Dispute Resolution Committee cleared him to vie for the Kibra parliamentary seat after it was confirmed that he was a registered voter in Starehe Constituency. 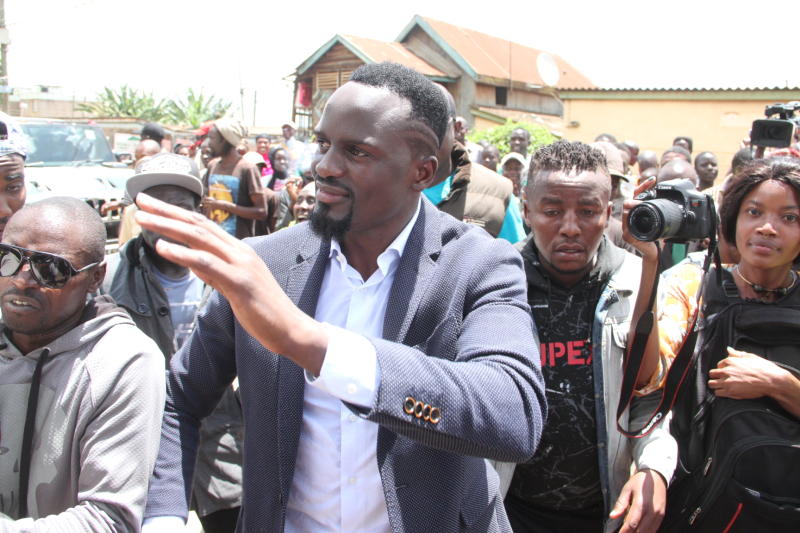