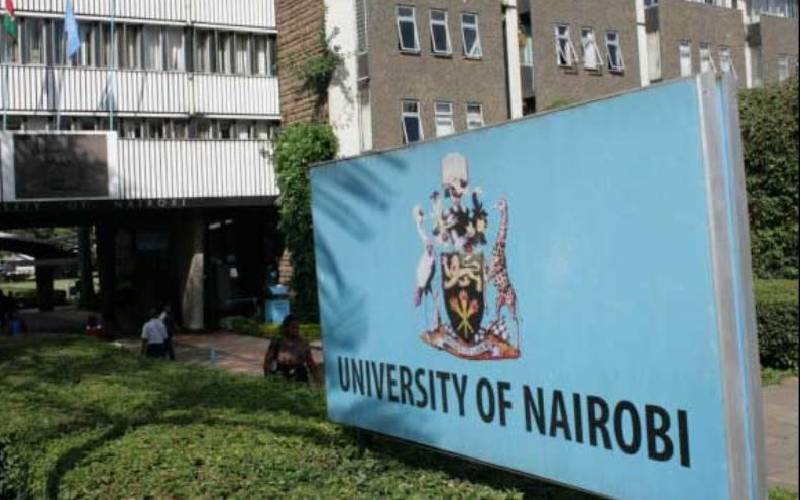 Row is simmering over the election of dean at the University of Nairobi School of Law, parklands campus.

The standoff that has also sucked in students union is likely to move to court as Prof Ben Sihanya, a lecturer at the campus, said he will seek legal redress citing breach of sections of the election process.

At the center of the standoff is the claim by Prof Sihanya that at the close of application deadline Friday January 22, he was the only candidate who presented nomination papers.

Prof Sihanya says without another contestant in the race, he should have been declared dean.

“A candidate is normally confirmed at the close of the nomination deadline if there is no other contestant. This has happened in other schools where there were no more contestants. But here they are scrutinizing the register and I am again being informed that there could be another candidate,” said Prof Sihanya.

He said the list of contestants should have been published, if indeed there were any.

The VC said at the senate the matter is tabled as an agenda and is extensively discussed.

“The elected person will be the academic head of an institution and the senate takes keen interest on process and person,” said Kiama.

He said the process also includes the University Council intervention and approval before appointment is done.

“It is an elaborate process that in case of any part is breached it cannot go unnoticed. But from where it is there is a returning officer who should do their work,” said Prof Kiama.

In his letter dated January 28 to the VC, Sihanya says he was the only candidate who declared interest for the position.

“According to official communication regarding the elections, the deadline was set for Friday January 22 at 5pm. I am reliably informed that at 5pm, I was the only candidate who had submitted his duly filled nomination forms for the Dean Law Elections 2021,” said Sihanya.

In his letter, Prof Sihanya said that inquiries at the Academic Registrar’s office last week to seek guidance on succession and transition, revealed that there could be another candidate.

“I requested to know what time and date the purported candidate submitted their nomination papers and who the proposer and seconder were in the light of pressure that I not be proposed or seconded and assertion that there was a management candidate,” reads the letter to Prof Kiama.

The University of Nairobi Students Association (UNSA) parklands campus has also weighed in the matter.

“On behalf of the students, we would like to know who the other candidate is and why the candidate is being revealed after the deadline for application,” said Japheth Apidah, UNSA chairman, parklands campus in January 26 letter.

Sihanya said he will move to court to challenge the process.

“I am writing to inform you of the impending legal action against the University, yourself, the academic registrar, and the chief legal officer officially and personally for performing or not preforming your roles,” Sihanya letter to VC reads.

Prof Kiama said university management does not constrict pursuit of individual rights, even through the courts.

“Here (UoN) people are free to air their views and we do not stop anyone from pursuing their rights. But what we know is that we cannot condone a flawed process.

And the election process is well defined and there should be no course for alarm,” said the VC.

New coding syllabus to roll out in a month's time
;
Feedback