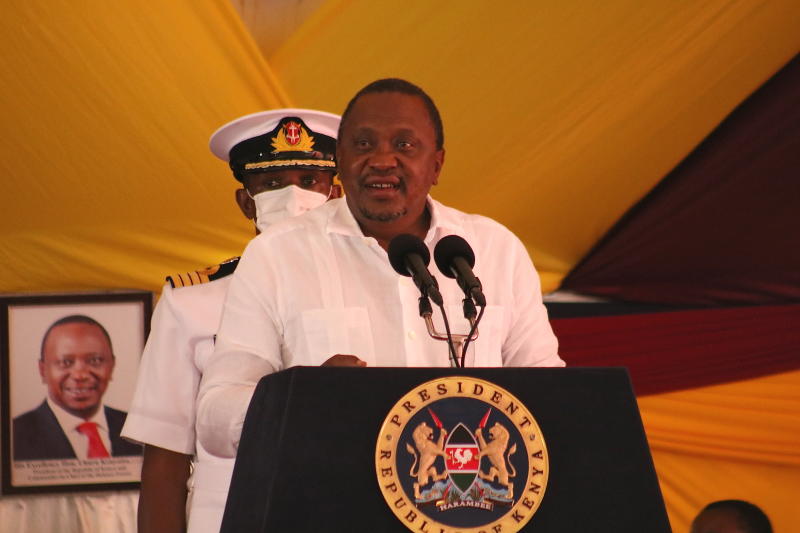 Two international education lobby groups have written to President Uhuru Kenyatta (pictured) to intervene in labour disputes between the Kenya National Union of Teachers (KNUT) and the Teachers Service Commission.

The leadership of Education International and the International Trade Union Confederation (ITUC) in a letter to Kenyatta pleads that TSC be stopped from delisting Knut members.

“The TSC should reverse its anti-union actions against Knut and engage in a serious dialogue and in good faith to restore healthy industrial relations and a good environment for quality education,” reads the letter dated January 22.

The officials also plead with Kenyatta to ask TSC to restore the Knut membership register.

“The TSC should also restore Knut’s membership to that of June 2019, desist from discriminating against members concerning their remuneration, promotion and working conditions, revert to implementing the 2017-2021 collective bargaining agreement and implement all the court orders and parliamentary decisions,” reads the letter.

The officials say that Knut members have suffered discrimination on promotions and salary upgrades through some of the TSC changes which they allege have been made without due consultation and legislative approval.

“We are also concerned that the TSC unilaterally suspended the five-year Collective Bargaining Agreement (CBA) signed in 2017 and has illegally introduced a digital validation of union members which has resulted in a membership loss for Knut,” reads the letter.

They argue that such discrimination is not in line with Kenya’s international treaty obligations under the United Nations and International Labour Organisation (ILO) labour standards.

The officials say that their efforts to mediate in the long-running fight between the two entities bore no fruit.

“In February 2020, Education International, through the facilitation of its affiliates, Knut and Kenya Union of Post Primary Education Teachers (KUPPET), met the TSC and the Ministry of Labour seeking an amicable solution to the crisis, but unfortunately, the TSC has continued its campaign to destroy Knut and ignored court orders and parliamentary decisions,” reads the letter.

The letter comes weeks after Knut also wrote to Kenyatta and four cabinet secretaries to intervene in the ensuing conflict with the teachers’ employer.

The union also invited the National Intelligence Service and the umbrella union Organisation of Trade Unions (COTU) to intervene in the long-running trade dispute with TSC.

Last week, Knut moved to court to have top TSC officials punished for disobeying orders. Court will give directions on the case on Friday.