TSC to clash with Knut over promotion of 13,000 tutors

The scramble for about 13,000 teachers promotion slots has kicked off amid fears that this could be the last nail to sink the giant teachers union that has opposed the criteria to be used to move tutors to new grades.

In an advert released yesterday, Teachers Service Commission (TSC) says the promotions will be based on career progression guidelines (CPG) that has been subject of contention between the employer and Kenya National Union of Teachers (Knut).

Knut opposition to the CPG has seen thousands of teachers quit the union to benefit from the Sh54 billion collective bargaining agreement (CBA).

This is after TSC maintained that the court ruling on CPG meant that Knut members, who are opposed to the criteria were not legible to benefit from the CBA. 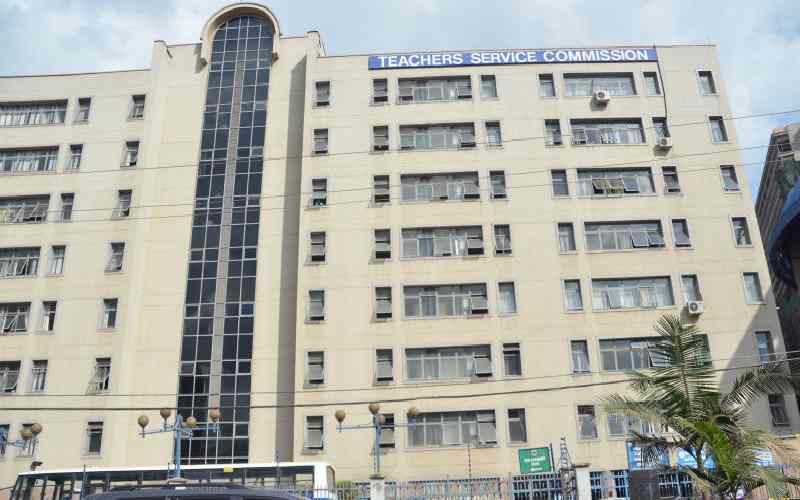 The guidelines provide for the policies and procedure that have standardised teachers’ profession development with the grading structure taking into account the job evaluation report.

The circular outlines basic requirements for career progression, training and promotion of teachers, define the pathways for teachers and a clear job description at every level.

It also issued a broad framework in school management, administration, curriculum implementation and what is every expected of teachers once the join the profession.

It effectively replaced the scheme of service for non-graduate, graduate and technical teachers and lecturers.

“Pursuant to its mandate, the Commission is inviting applications from suitably qualified candidates to fill the posts shown below in line with the career progression guidelines for teachers,” reads the TSC letter in part.

The move by TSC to peg promotions on CPG is a major blow to Knut and its members who will also not benefit from upwards mobility which most teachers have waited for many years.

Yesterday, Knut Secretary General Wilson Sossion said the CPG circular being used by the TSC had been nullified by the courts in entirety in the case of 151 of 2018.

"If a circular was nullified by a court why do you apply the same? we are already in court on the matter, we will push for contempt of the TSC CEO for electing to disregard a court ruling and code of regulation for teachers which is the single entity for promoting teachers," said Mr Sossion

Last month, Sossion issued ultimatums including a strike notice if TSC did not implement the CBA.

The Knut secretary general said all members must be paid salary arrears for the duration they were denied pay increase. Sossion also called for immediate promotions of all Knut members who were denied opportunities for belonging to the union.

He demanded that TSC reinstates the Knut register as it was in June last year before schools open.

Sossion accused the teachers’ employer of unilaterally suspending the 2017-2021 CBA for its members and blocking them from benefits.

As a result, thousands of Knut members have been left out of third and final phases of the CBA, sparking uproar.

According to the data from Knut, the union has shrunk from 187,471 members in June 2019 with earnings of Sh144 million to less than 51,215 teachers and collecting only Sh37 million by August this year.

Sossion also wants the TSC to honour all the court orders, including the suspension of CPG.

“The court ordered us to meet and deal with these issues with finality but you have blatantly refused any meetings with us and therefore managing teachers out of the Code of Regulations hence contradicting the provisions of CBA and denying teachers their rights to promotions and other benefits,” he said.

He said illegal implementation of the CPGs has irregularly locked out Knut members from the Sh54 billion CBA.

But TSC defended the CPG and denied disobeying the court order.

“When the CBA was signed, it introduced a new grading system for teachers known as Career Progression Guidelines, which replaced the Scheme of Service. But Knut challenged the implementation of the CPG in court,” said TSC Chief Executive Officer Nancy Macharia.