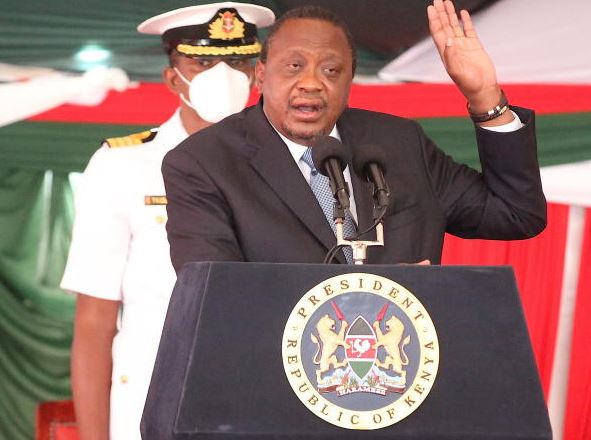 Learners will know their fate in coming days on the phased re-opening of schools despite increasing Covid-19 infections in schools across the country.

On Monday while inspecting the state of preparedness at Mukuru Primary School in Nairobi, Education Cabinet Secretary George Magoha said that deliberations emerging from the meeting would determine whether students who are still at home would resume classes.

“In terms of opening schools for all the others, there is a consultation at every level of government,” Magoha said.

The Standard however reported that a key decision had been made to open schools for a few more classes, but that it will be based on collective responsibility.

“It shall be a very well informed decision that may have consequences, but then everybody will be responsible for those consequences,” Magoha stated.

He remained steady on the decision to close schools again. “We have decided as government for now, that those students who are in school should continue being in school because life must continue as long as you obey the protocols given.”

Wednesday's meeting will however separate wheat from the chaff and seal their fate, as parents and teachers across the country express worry in the rising numbers in schools.

60 of the samples turned positive, 52 who were students, six teachers and two staffers.

As at Wednesday, the school had reported 11 confirmed cases of the coronavirus.

The first student tested positive for the disease earlier in the week, prompting the Ministry of Health to conduct targeted testing among possible contacts in the county.

Despite the numbers, Education Ministry ruled out the possibility of shutting down the institution.

County Director of Education Wamacho Khamala asked parents not to panic, saying the Government was in control.

A fortnight ago, 15 teachers at Star of the Sea Primary School and Tononoka High School in Mombasa County also tested positive for the coronavirus.

Five days later, The Standard reported that the principal of Tononoka Secondary had died.

If the Government sends more learners to school, it will have an uphill task of keeping them in class while observing the Covid-19 guidelines, seeing as the teachers' training on how to manage the virus in schools is also yet to kick off.

By Boniface Gikandi | 15 hours ago