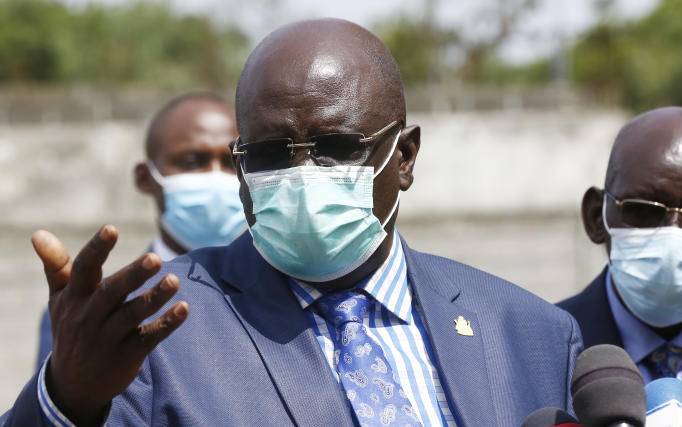 Education Cabinet Secretary Prof George Magoha has blamed the recent surge in numbers of teenage pregnancies in the country on the exposure to adult content.

Prof Magoha (pictured) called for the ban of such contents in Kenya arguing that they were leading school-going children into experimenting premarital sex and ending up with pregnancies.

“Why are such sites easily accessible in Kenya yet banned in other countries,” asked the CS.

At the same time, the CS questioned the credibility of a report released on Wednesday, which revealed that thousands of teenage girls became pregnant within the period that schools closed over the coronavirus pandemic.

He said the government would investigate the report's claims that at least 150,000 teenage girls have been impregnated between January and May.

Speaking on Thursday when inspecting public schools ahead of the reopening scheduled for September, Prof Magoha questioned the authenticity of the data.

“I will interrogate the rate of pregnancies as they look manipulated. Who is giving these figures? Could some NGOs behind sex education be pushing for the numbers,” he posed.

According to the data released by the Kenya Health Information System, 152,820 adolescent girls aged between 10 and 19 have been impregnated.

Prof Magoha’s call for crackdown on pornography sites elicited criticism from Atheists in Kenya which told off the CS accusing of missing the point. The atheists told Prof Magoha that adult contents were not to blame for the teenage pregnancies but unprotected sex was the main cause.

“The solution lies in teaching safe sex as soon as children are mature enough to know what sex is. Sex education should be introduced in grade 4 or 5.”

The atheists further stated that parents and guardians should talk to their children about safe sex practices.

But on his side, the CS asked parents to take their parental responsibility seriously, especially at this time when children are at home due to the Covid-19 pandemic.

Waluke has lost a bid to stop his prosecution in a corruption case involving Sh297 million.

By Lynn Kolongei | 42 minutes ago

By Augustine Oduor | 52 minutes ago

By Martin Ndiema | 19 hours ago