Eyes on Harvard for boy, 16, who topped 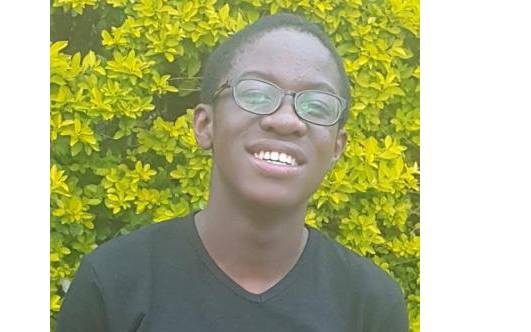 Ezra Kizito (pictured), a 16-year-old candidate who was among the best performers nationally aims to join Harvard University.

Ezra who scored a straight-A of 84 points, came sixth nationally and topped in the special category that ranks candidates who are 16 years and below.

While announcing the results on Wednesday, Education Cabinet Secretary George Magoha described students in this special category as 'geniuses'.

"They should be aided in pursuing their studies. These are geniuses. They have shown their mettle despite their young age," Prof Magoha said.

Ezra said if he succeeds in joining the elite Harvard University in the US, he will pursue law or engineering.

“Chemical engineering would be a major preference for me,” said Ezra.

He sat his Kenya Certificate of Primary Education exams in 2015 and scored 412 marks.

The firstborn in a family of four, the precocious Ezra attributed his success to God, hard work, family, school mates and teachers.

Kizito Asava, Ezra's father, said he was very proud of his son.

“He was a gifted student who was also focused. We were confident that he will perform well. He is also obedient and hardworking. I wish him well in whatever he chooses to pursue. Let him achieve his dreams so that he can contribute positively to the country and the world,” said Dr Asava.

"I don't have money to send him to Harvard but I hope he will get a scholarship."

Ezra's mother Irene Kizito could not hide her joy. She said her son's performance has been good since primary school and thanked her husband for the good role he has played in Ezra's success.

“I thank his father for the role he played in his success since kindergarten days," said Mrs Kizito.

"I don’t think there is a day he missed visiting Ezra in school. I also recognise the teachers at Moi High Kabarak for their support."

By James Wanzala | 22 hours ago