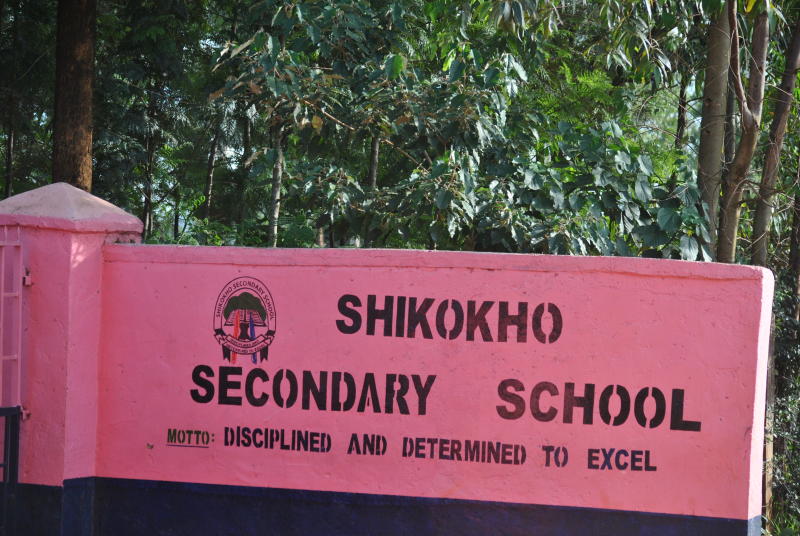 Twelve people were Tuesday arrested after they were found stealing exams.

Acting on a tip-off, police manning the Kenya Certificate of Secondary Education exam at Shikokho Secondary School in Ikolomani Sub County pounced on the teachers who were working out answers at their houses.

The  12, two teachers, a supervisor, the centre manager and eight invigilators were found with KCSE exam papers  compiling answers for students who were sitting for the paper in the afternoon.

One of the teachers escaped.

Two were arrested at the scene of crime which is a rental house belonging to one of the teachers, a few metres from the School.

Area Deputy County Commissioner, Elizabeth Atemi, said they went to the school after they were told that the teachers have been helping students "steal" exams.

“We received information that two teachers from the school were hiding in a house near the school and were suspected to be writing answers for the students who were in the examination room,” said Ms Atemi.

Ms Atemi said they recovered photocopies of exam papers where some papers contained worked out answers.

“We also recovered papers that had been done the previous day including Geography papers. Geography and Agriculture textbooks and mobile phones were also found at the scene an indication that something wrong was going on,” said Ms Atemi.

She added: “Following preliminary investigations, we found out that one of the mobile phones had messages with leaked exam questions. The syndicate involves different stakeholders that were in constant communication with the suspects.”

Ms Atemi said  more arrests were likely to be made.

She said following the incident, they had fast-tracked replacement of invigilators, supervisors and the centre manager so that exams at the school are not disrupted as investigations continue, saying they are also monitoring over 30 exam centresover possible exam malpractice.

“We have deployed more officials from the Kenya National Examinations Council (KNEC) and police officers to man the 30 centres,” said Ms Atemi.

She said the suspects who were arrested are in custody to assist in investigation process and that would be arraigned in court when investigations are over.

By Mercy Adhiambo | 8 hours ago

Twins beat the odds to score impressive ‘B’
Feedback