Do not give Musau Ndunda money, schools ordered 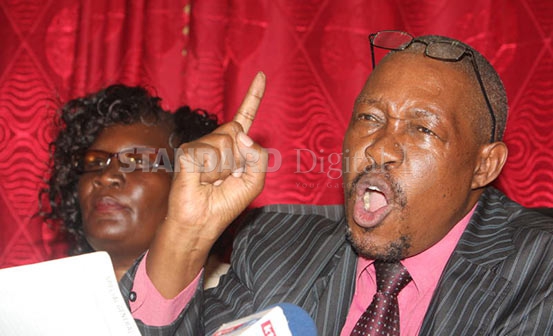 It is now official. Schools should not remit money to the Kenya National Parents Association (Knap).

And matters seem to be getting worse for the Musau Ndunda-led outfit, with officials of a teachers’ union demanding a refund of money already remitted.

In a letter dated January 27, this year, Education Principal Secretary Belio Kipsang has made it clear that Knap is not the parents umbrella body referred to in the Basic education Act.

This provision is what Mr Ndunda’s association has been leveraging on by asking for up to Sh5,000 per school in bid to raise Sh600 million for facilitating

Classes to continue as netizens back Babu's online lessons

Matiang'i off the hook on land scam

Proper nutrition is essential for satisfactory crop growth and production. The use of soil tests help to determine the status of plant available nutrients and develop fertiliser recommendations

Intellectually gifted children need support of everyone to realise their potential

By Amos Kareithi | 2 days ago