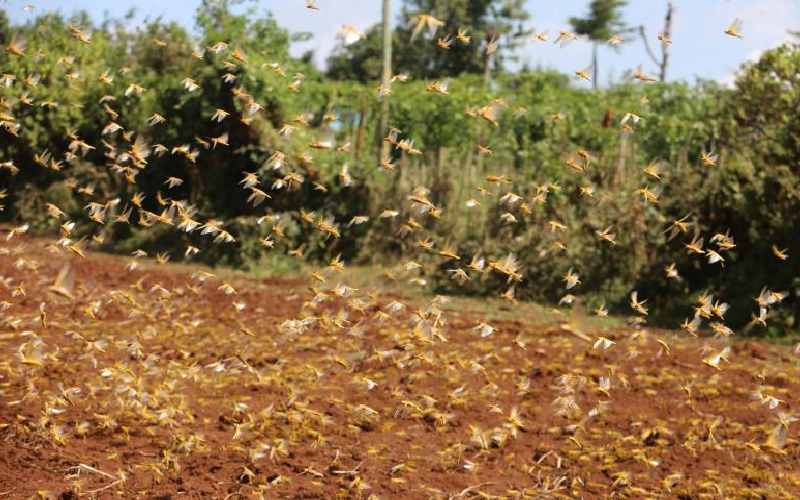 The Food and Agriculture Organisation (FAO) has warned of a second wave of locust invasion in Kenya. Information on FAO’s Locust Watch website shows that a large swarm of locusts could enter Kenya through Marsabit County from Teltele in Ethiopia.

No doubt, this is bad news that will cause more despondency after the devastation caused by the first locust invasion in Mandera, Meru and Isiolo counties early this year.

At the time, both county and national governments were caught on the wrong footing. Initial efforts to fight the locusts through use of tear gas and noise by firing guns would have been laughable if not for the danger the locusts posed.

The first locust invasion came at the time Covid-19 had caused international lockdowns that severely restricted the government’s ability to procure adequate insecticides from outside. The limited stocks of insecticides available at the time barely lasted a week. But despite Covid-19 still posing a threat, the situation has changed a little.

It is perhaps based on that, and lessons derived from the first locust attack that Government Spokesman Cyrus Oguna has moved to assure Kenyans that this time, the government is ready to counter the second wave of locust invasion.

The government has had enough time to prepare. The least it can do is fulfil its promise to keep locusts at bay. The New Year should bring with it new hope after the gloom caused by Covid-19 and earlier locust invasions.

Ultimately, President Uhuru Kenyatta and his Somalia counterpart Abdullahi Mohamed ‘Farmaajo’ should take the lead in finding a solution