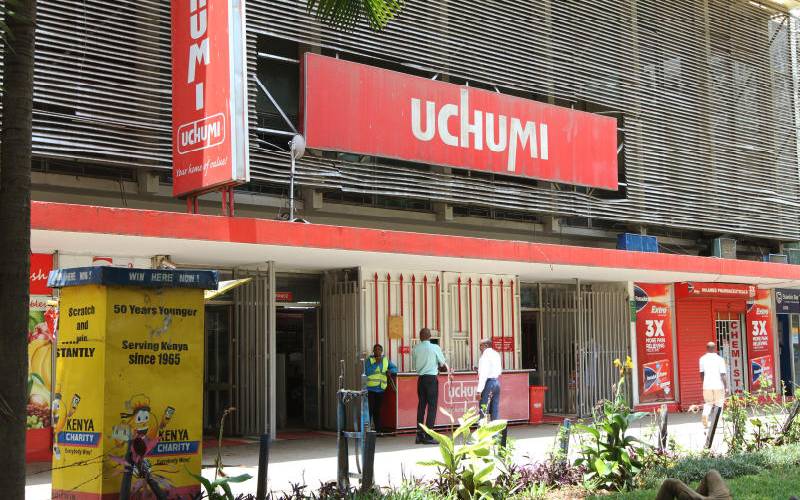 First, Uchumi Supermarkets shut its doors. It was closely followed by Nakumatt and now the walls are slowly closing in on the Tuskys Supermarket chain.

The troubled retail market has seen jobs losses, pay cuts and reduced incomes amid desperate efforts to save cash. The current crisis brought about by Covid-19 has not helped the country’s shaky retail market either.

Consumption has fallen to historic lows in the last three months, a trend that is expected to only get worse as the pandemic takes its toll on lives and businesses.

The situation in the retail sector has in the past claimed several powerful brands. We understand that businesses have to die at some point, but even among humans, we always try to avoid untimely deaths.

Death of supermarkets does not only affect shareholders, but also devastates employees and suppliers and their families. These untimely deaths of major brands need to be prevented.

And the best place to start is at the top of these chains. Retail chains, whether family-owned or publicly-listed, need to be run professionally. Instead, what the public has been treated to is a looting competition by siblings who cannot tolerate each other.

Corporate governance is critical to any business, but how our big retailers are structured remains wanting. A competent board of directors will go a long way in not only saving these businesses from dying, but also ensuring suppliers and workers get their daily bread.

These weaknesses have not spared Tuskys. It has been dealt a blow as evidenced by the empty shelves and closures of key stores. The situation, no doubt, calls for quick intervention.

Uchumi supermarket announces the closure of two stores in Uganda

By Njoroge Kinuthia | 4 days ago