Enforce laws regarding declaration of wealth by public office holders 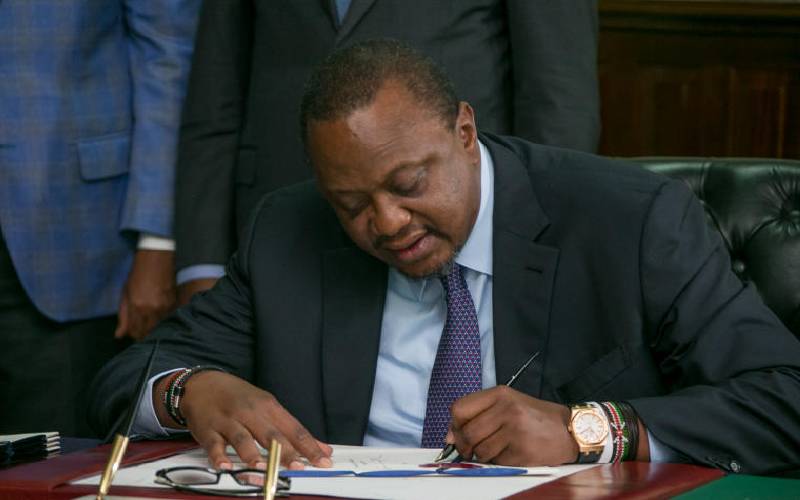 A greater need for accountability and transparency informed the Kenya Constitution 2010. Chapter Six of the Constitution clearly outlines the do’s and don’ts for those who aspire to public office.

Public officers are expected to adhere to the letter and the spirit of Chapter Six of our Constitution relating to leadership and integrity. But the same leaders conveniently took the back seat and exposed the requirement to ridicule.

In Kenya, the Public Officer and Ethics Act 2003 (amended in 2009) might as well not exist given the manner in which it has been ignored. Specifically, an individual taking over a public office has to make three declarations.

Our Constitution is good but it lacks ‘Kenyanness’

Financial disclosures by public officials is important in the fight against corruption and in promoting ethics and integrity in the public service. In fact, the Public Ethics Act says those who fail to submit a declaration or clarification are guilty and could face a one-year jail term or Sh1 million fine.

By September 2019, the Lifestyle Audit Bill 2019 was in the Senate. Six months later nothing has been heard of it. The bill sought to remove restrictions on Kenyans seeking to access information on income, assets and liabilities of persons holding public offices as part of efforts to fight corruption.

Restricted public access to wealth declaration forms — which have been in place since 2003 — has done little to discourage civil servants from engaging in graft. The bill was to help cure this.

To date, despite the well-meaning laws, Kenyans do not know what the president and his entire Cabinet, MPs and Senators, senior civil servants and top county officials own. But if they were to work in tandem with the spirit of the law, they would have followed in the steps of corporate giants like the late Bob Collymore, CEO Safaricom and Joshua Oigara, CEO KCB who declared their wealth in 2015.

They did not have to wait for the perfect law to be in place. It is our belief that these declarations will help the Ethics and Anti-Corruption Commission nail down officers who have massively accumulated wealth beyond their known sources.

This newspaper’s position is that the law on wealth declaration must be enforced without fear or favour. Cases abound where leaders came to office as paupers, but left a barely five years later as billionaires. Only a declaration of wealth would tell us whether such leaders made their wealth honestly or by dipping their hands into public coffers.

Accountability will remain a mere catch phrase unless the laws are made to bear. The war on corruption cannot be won unless leaders are made to account for every single cent that goes through their hands. Political goodwill, right from the highest office in the land is critical to enforcing the laws.

The intrigues of the Lifestyle Audit Bill 2019