How KPA, traders can end dispute over order to move cargo by rail 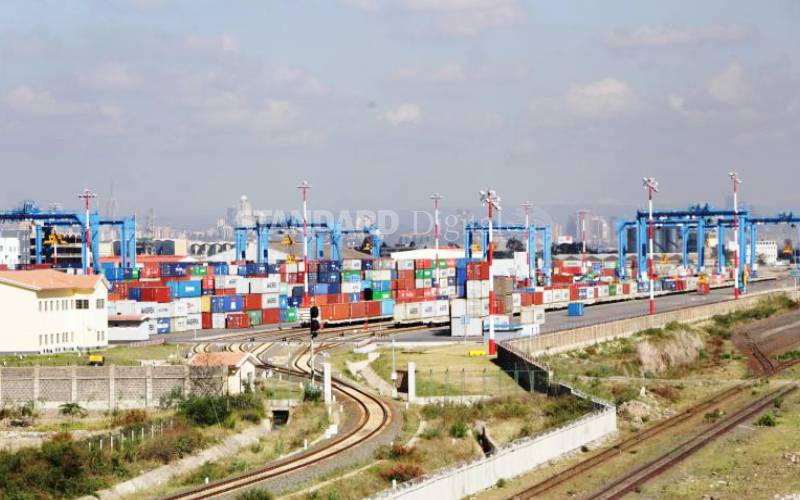 Street protests rocked Mombasa again even after the State rescinded a directive that all imported cargo be put on the 3-year-old Standard Gauge Railway.

Besides portraying the high level of distrust of pronouncements from senior government officials, the protests amplified the despair of the thousands who have lived off the transport industry and who now stare at a bleak future.

But is also shows the level of desperation by the public and the business community in the wake of a directive that is slowly robbing the coastal town of its lifeline, and people of their livelihoods.

Since the order to haul all cargo on the SGR was implemented in August, Container Freight Stations (CFSs) have shut down operations with more than 3,000 people employed directly or indirectly losing a livelihood. Hundreds of trucks have also been immobilised, rendering drivers and other workers jobless.

Considering that tourism, the city’s other major economic activity, has been wobbling mostly due to bouts of insecurity and a slowing world economy, Mombasa is in dire need of a leg-up. A quick way to resolve this crisis must be arrived at.

That is why the decision by the Government to suspend the directive, and therefore pave the way for cargo to be transported from the port by road, is welcome.

Notably, Transport Cabinet Secretary James Macharia made the announcement after he and and his Interior counterpart Fred Matiang’i held a meeting over the matter with Mombasa leaders led by Governor Hassan Joho.

Unfortunately, his directive did not calm the nerves of the traders. But while their grievances are merited, the increasingly hardline stance adopted by the traders risks undermining the search for a sustainable solution to the existential crisis.

Weekly protests are denying both the traders and government the much-needed revenue especially in a slackening economy, while disrupting daily lives of other law-abiding citizens struggling to get by with their lives. Indeed, there are no winners in this cocktail of chaos, suspicion and protests.

It was encouraging that KPA had taken the first step to resolve the mounting crisis. On Monday, about 1,000 containers were released to CFSs. No doubt, though this was a major step towards resolving the stalemate, the traders read mischief.

It is in everybody's interest that both parties take a step back to assess the shared interests they are fighting to protect—ostensibly from opposite ends. Both want business to resume, but this cannot be attained in a climate of fear and antagonism.

By withdrawing the order, the Government showed a willingness to bend backward and opened the doors for constructive dialogue on the crisis. Now it is incumbent on the traders to seize the moment and offer proactive solutions.

The traders ought to do the same. Protests - especially violent ones as witnessed recently- will only lead to more pain and loss for everyone.