BBI should convince Kenyans referendum will benefit all 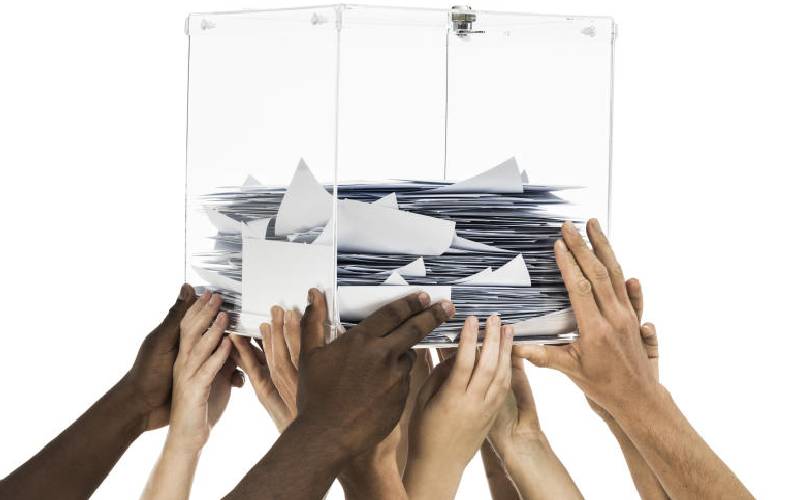 After more than a year of listening to Kenyans, the Building Bridges Initiative (BBI) team has wound up its county visits and is now planning to go on a retreat to write its report. According to BBI vice chairman Adams Oloo, it will take the team under two months to release its findings. Unsurprisingly, even before the report is written, the BBI already has politicians divided. The Jubilee party is divided into two; one side in support of, and the other opposing the initiative.

As the BBI team announced it had concluded gathering views from the public, some leaders allied to Deputy William Ruto voiced their opposition to the single seven-year term presidency proposed by Raila’s ODM. Besides the one-term presidency, ODM wants creation of the position of Executive Prime Minister. The other Jubilee camp is reading from the same script as ODM, with Jubilee Secretary General Raphael Tuju, saying the referendum gives Kenyans the best opportunity to abolish the presidential system. Both camps have made cogent arguments over their stands; the Orange party says a seven-year non-renewable term would take focus away from the presidency, which has become the trophy for ethnic competition. Those in the Ruto camp argue, rightly, that, if a dictator is elected president he/she would stay in power for so long.  This is a healthy debate in a democracy. If such concerns are addressed, we might have a document that might enjoy wide public appeal. Yet, there is a feeling by some that BBI might favour the positions of President Kenyatta and opposition leader Raila Odinga.

During their March 9, 2018, handshake, the two rooted for a more inclusive government, ostensibly in a bid to end the spectre of electoral violence. Some have complained the move is aimed at creating positions for specific people and warned this would make matters worse for an already bloated government. Indeed, self-interest cannot be ruled out. That could be partly why Ekuru Aukot’s Punguza Mizigo initiative, which has won the hearts of many for proposing, among other things, a reduction in the economic burden, has been vilified by those supporting BBI. The BBI, therefore, has a herculean task convincing Kenyans that its recommendations are better than Aukot’s. Kenyans should only support a referendum drive that promises to improve their lot. If the Constitution is changed with a few individuals in mind, this will not stop another group from seeking to change the document tomorrow. That should never be the case.