In honour of Annan, let us keep the peace he so cherished 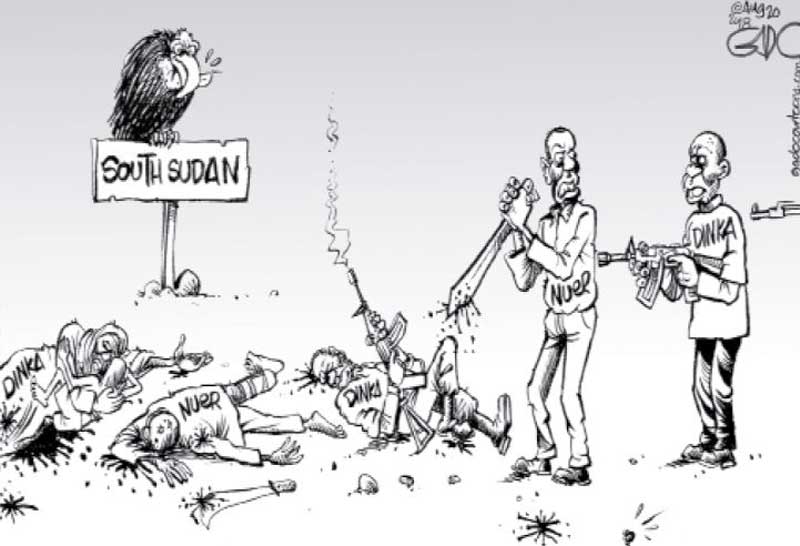 He took over the reins at the UN at a time the agency was faced with a lot of challenges that eroded its credibility. By the time Annan left, the UN was aggressively committed to ending poverty and human rights violations.

During his tenure at the United Nations, Kofi Annan epitomised the true spirit and essence of the United Nations. As the name suggests, he worked tirelessly to ensure that inter and intra national disputes were resolved amicably for the benefit of a united people. For his selfless efforts, he won the 2010 Nobel Peace prize.

To that end, Annan is a household name in Kenya. After the 2007 general elections that the Opposition bitterly contested, Kenya imploded and moved dangerously to the precipice. At the point at which it was about to completely tip over, Kofi Annan and other eminent African personalities moved in to salvage the situation.

It would be a completely different story today for Kenya but for that intervention. However, in the time it took Annan to broker peace, more than 1300 people had lost their lives, over half a million people had been internally displaced and property of an unknown value destroyed during the mayhem.

By the admission of parties involved in trying to stop the conflagration that followed the declaration of Kibaki as winner of the 2007 presidential election; both from President Mwai Kibaki's Party of National Unity (PNU) and the Opposition Orange Democratic Movement (ODM) led by Raila Odinga, they had all reached their wits end when Annan came in and brooked the idea of having the two main protagonists meet face to face to end the impasse.

It paid off; hostilities ceased, and Kenya ended up forming a government of national unity although, to a larger extent, the government was informed by mistrust.Thus, with the help of former Tanzania President Benjamin Mkapa and former South Africa first Lady Graca Machel, Annan saved Kenya from self-immolation. The truce gave birth to the National Accord among whose provisions was the review of the constitution. The referendum that followed gave us the Kenya Constitution 2010 with its array of civil rights and liberties. It is one of the best things that Annan’s peace efforts bequeathed us.

The best that Kenyans, and indeed the whole world can do to honour the departed Annan is observe the peaceful co-existence he so cherished. We should not allow the wonderful work he did for us in 2008 go to waste as it nearly did after the yet again contested 2017 general elections. Although the 2013 elections were contested, both parties followed the legal process that precluded violence as a means of settling their political differences.

Notably, the agenda four provisions during the 2008 negotiations have not been fully executed. Elections remain a bone of contention and the necessity to make the playing ground level cannot be over emphasized.

To address the cycle of violence in Kenya, agenda four sought to address issues of poverty, inequity, unemployment institutional and land reforms as well as working towards achieving national cohesion.

We are yet to achieve most of these. However, the government has sought to end corruption that to a larger extent, has allowed these other factors to flourish. Land remains a sticky issue and must be resolved. Implementing the Truth Justice and Reconciliation Commission and the Ndungu land reports would be a first tentative step towards healing a divided nation.

The March 9, 2018 handshake has demonstrated what we stand to gain as a nation by working as a cohesive, mutually respecting team as opposed to shouting at one another. Vestiges of mistrust linger, but they can be overcome by genuine commitment to bringing change to a society that has labored under executive impunity.

The currencies of Ghana, Zambia and Uganda are likely to trade on the back foot in the coming week but those of Nigeria and Kenya may hold steady.