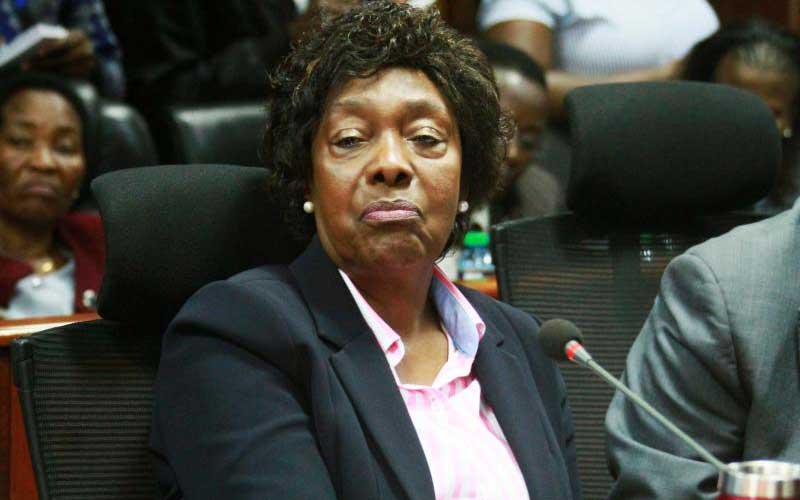 Embattled Kitui Governor Charity Ngilu (pictured) has maintained that she is being persecuted by the Wiper party leadership which is hell-bent on derailing her development agenda for the county.

Speaking yesterday during an interview on Radio Maisha, Mrs Ngilu blamed Wiper party leader Kalonzo Musyoka for her woes, claiming he was giving instructions to his majority MCAs to topple her.

“He attended my swearing-in ceremony and warned me that I will not have an easy time because he has majority members in the Assembly. It has now come to pass,” Ngilu said.

The governor, who is facing an impeachment motion, said she will not get fairness from the county Assembly, noting that the Wiper brigade was under pressure to impeach her.

“We have written several letters to the Assembly, but to date they have not responded to any of them. They are under pressure from the party leadership to remove me. It is all politics,” she added.

The assembly has 54 MCAs. Of these, 30 are  from the Wiper party while Ngilu’s Narc party has 12. The rest are from smaller parties and independents.

During the interview, Ngilu struck a conciliatory tone saying she was willing to have dialogue with MCAs to iron out their differences.

Consumers to pay more for goods as taxes take effect

Retirees get reprieve after MPs dropped a proposal to tax monthly pensions for those aged over 65.