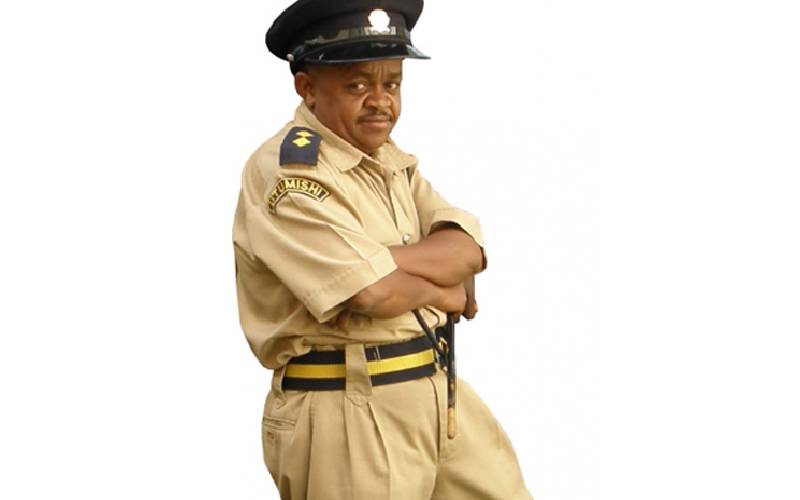 Police in Kilifi are holding comedian Davis Mwabili, commonly known as Inspector Mwala, who they claim hit and killed a pedestrian on Monday night.

Officers say he was drunk during the 11pm accident as he drove to Kaloleni from Mazeras.

Police allege the accident occurred when the actor tried to overtake an oncoming car and veered off the road.

He hit Samwel Mwaki, 35, during the accident at Kwa Randi area.

Police said the vehicle dragged the pedestrian for about 100 metres.

Rabai police boss David Maina told The Standard that upon receiving information of the crash, police rushed to the scene and rescued the actor who was being about to be attacked by a mob.

Police fired in the air to scare away the irate boda boda riders who wanted to attack Mwala.

His car was vandalised and its battery stolen.

Police booked Mwala, who was uninjured, at Rabai police station for interrogation.

He said he had attended a funeral in the area and was driving to Miritini, Mombasa, where he would spend the night.

The body was moved to Coast General Hospital mortuary while the wreckage vehicle was towed to Rabai police station.

By the time of going to press it was unclear whether Mwala would be charged and for what crimes.

Ng'ang'a says he was contacted by the company CEO after his complaint letter.

By Stephen Nzioka | 20 days ago