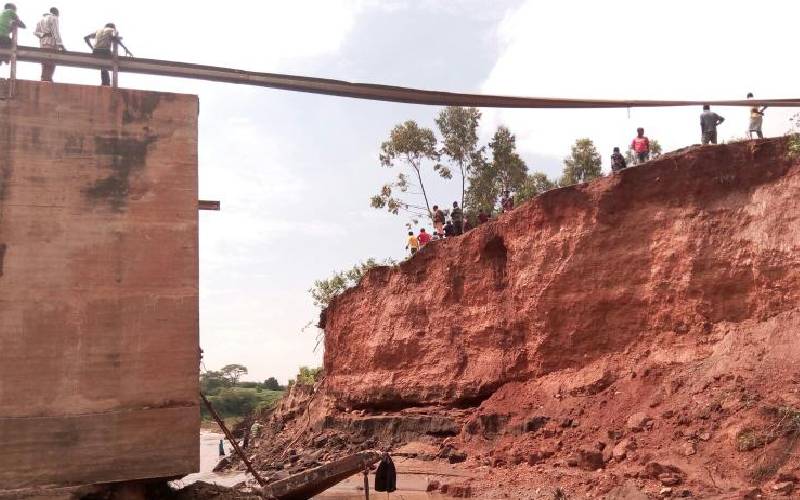 The Thwake Dam project could stall because the Sh39.8 billion needed for its completion is not available, the Auditor General has warned.

In a report tabled in Parliament, Edward Ouko said the government was yet to negotiate for funding to implement the final three phases of the project.

The first phase, which entailed construction of a multi-purpose dam and RAP, was funded by African Development Fund and the government to a tune of Sh42.4 billion.

However, there is no money for hydro-power generation, water supply and irrigation development.

Raila, Kalonzo are progressive; unlike others who incite, splash cash – Uhuru

“Although African Development Fund and Government of Kenya funding for the first phase of Sh42.365 billion has been approved, the remainder of the phases, with a budget of Sh39.845 billion, is yet to be financed or planned for,” Mr Ouko said in the report.

“The state department is yet to negotiate or look for financiers for the remaining phases. Consequently, it is not clear how the three more phases will be financed to project completion,” adds the report for the 2017/18 financial year.

The report comes at the backdrop of delays in implementing the first phase following protests by locals over compensation.

Water Cabinet Secretary Simon Chelugui last week told Parliament that the project had stalled after locals blocked the contractor from continuing with his work until they are compensated.

Ouko said at least 1,792 people were displaced by the project and were supposed to be compensated by the National Lands Commission (NLC).

“During the year under review, payments totaling Sh1, 399,748,901 were made to NL for onward transmissions to Project Affected Persons,” he said.

By Vivianne Wandera | 14 hours ago