Media should guard against swirling temptations 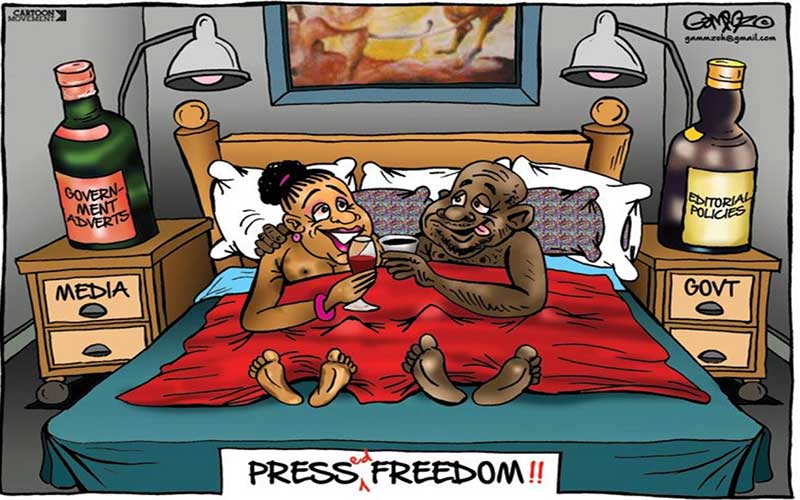 Ezekiel Mutua, the chief executive officer of the Kenya Film Classification Board (KFCB), is not one who is ever afraid or deterred by anything or anyone when he decides to push for what he believes to be right. He has in several instances taken on the high and mighty in pursuit of safeguarding values and ethics, and almost always won. But, in a recent Facebook post, Dr Mutua sounded like that of a defeated man – a helpless dejected man drowning in the muck of society, as portrayed by the media. His sense of dejection appears to have been stirred by the television news he had watched the previous night. On that particular night, Ezekiel observed that almost all the top news items in one of the TV channels were about murder, rape, negative politics and prostitution.

What worried the otherwise firebrand media watchdog was the gross manner in which the items were presented. “Even the presenters appeared like they were reading the news under duress. You could see the near apparition, shock and trauma on their faces,” Mutua observed. What is interesting is that quite a number of people on social media concurred with Mutua. Some confessed to having long abandoned watching news, or TV as a whole. The question that begs is: What is the driving force behind this slant by media houses towards the bizarre, immoral, or negative broadcasting? As I have previously observed in this space, it appears to me that the media is succumbing, or may have succumbed, to the same temptations Jesus faced in the desert when he was beginning His work.

In the first instance, the Devil challenged Jesus to turn stones into bread and eat, at a time Jesus was extremely famished. On the second, he led Jesus up to a mountain and showed him all the splendour of the world, then told Him, “If you worship me, it will all be yours.” Finally, the devil took Jesus to the highest point of the temple and challenged Him to jump down if He was truly the Son of God, for the angels would ensure He is not hurt. Looked at critically, these temptations fall into key areas of human need – passions, possessions, and power.

And, it would seem that these three are what drive the media industry today.

The media basically exists to gratify our passion or craving for information, education, and entertainment. It is noteworthy that Jesus never said that turning stones into bread was necessarily a bad idea. To the contrary, it was an extremely innovative idea to turn useless desert stones into nourishing loaves of bread. That is what media should be doing – turning raw toxic news into enriching, educative content. However, as Jesus observed, bread alone cannot sustain human life. The spirit must equally be fed. The media must therefore sharpen our minds and tickle our ribs, but with content that also feeds, or at least, guards the soul.

The second temptation has to do with profit. There is no gainsaying that every media practitioner has the legitimate need for profit. In the industry, individuals and corporates have sacrificed values, ethics, and morals at the altar of mammon. Even mainstream media is increasingly succumbing to the lure of money. Pornographic and violent shows, toxic adverts, and vulgar live discussions have become prevalent. Tabloids that belonged to the gutter press have been mainstreamed to offer sensational gossip and open pornography – all in pursuit of profits.

The final temptation had to do with power – the pursuit of personal or corporate brand. Having taken Jesus to the highest peak of the temple, the devil challenged Him to jump down if He was truly the Son of God, and the angels would rescue Him. This was a call for Jesus to prove His mettle and to establish His brand – a temptation many media personalities and media houses face. Having been lifted by success to some of the highest pedestals, some media personalities and media houses have jumped into situations they thought would enhance their brand, while hoping they would be held by their angelic fans. But, with a careless and carefree lifestyle, they have instead plunged into destructive ruin. The media scene will remain littered with many great names that become a great shame.

Thus, the pathway of media personalities is littered with many wrecked lives. It does appear therefore that to survive the media industry, individuals and corporates must be alive to the schemes of the devil, and remain true to the call to inform, educate, and entertain, while maintaining the highest levels of integrity. Otherwise, Ezekiel Mutua is proved right in accusing the mainstream media of a careless and carefree lifestyle.