Mudavadi under siege over home support

Deputy Prime Minister Musalia Mudavadi is facing new challenges in his presidential bid after efforts to marshal home support appear to be crumbling.

As other presidential aspirants race to seal pre-election pacts a head of the elections, Mudavadi is spending most of his time cajoling his Luhya community to back him amid sustained raids on his turf by opponents.

Recently  abortive defection of 23 civic leaders allied to him to  Uhuru Kenyatta’s TNA  jolted his campaign team,  a clear signal that all was not well for the Deputy Prime Minister.

The attempts by the civic leaders from his home County of Vihiga sparked a war of words between him and Uhuru who was earlier believed to be his close friend.

Degrees: Aspirants have no excuse

There has been speculation that Uhuru  could opt for  Mudavadi as  a compromise candidate  for the G7 alliance  should the Gatundu North MP and his  Eldoret North  counterpart William Ruto  who are facing cases at the International Criminal Court  be barred from running for the top seat.

But recent events appear to suggest the two could be worlds apart over the Kibaki succession.

The councilors from Vihiga and Hamisi constituencies arrived in Nairobi ready to defect to TNA but returned home disappointed after Uhuru failed to meet them.

The TNA Vihiga Coordinator, Mr Peter Achila who organised the trip said the councilors would now defect at a later date since they are all determined to decamp from UDF.

Sources say Mr Mudavadi learnt about the impending defection while on his way to a church function in Bungoma and had to rush to Nairobi to address the issue.

He later accused Mr Kenyatta of trying to steal from a friend.

But it is now emerging that even the Atwoli brokered talks at the Mara Serena Lodge did not yield much.

The meeting was supposedly meant to convince Mr Wetangula and Mr Jirongo to drop their bids and support Mr Mudavdi to give him the much needed home support.

Sources, however, say political differences between the three presidential aspirants played out during the mediation talks.

Sources in the meeting told The County Weekly that at one point one of the presidential aspirants pointed an accusing finger at Mr Atwoli accusing him of taking sides.

He said that he was not happy that Atwoli invited him for the meeting through his close ally and nominated MP Musikari Kombo.

Mr Atwoli is said to have funded the trip to the hotel and paid for bills at the facility.

The meeting whose main agenda was the unity of the four presidential aspirants saw the leaders demean each other over their popularity.

The issue of fielding a single presidential candidate from the community came up in the meeting and almost broke up the talks.

“Mr Atwoli explained to the leaders the need to unite arguing that their division contributed to the Luhya community not being together,” said the source who asked not to be named.

He added: “He told them that politics of the country had taken a regional dimension as other presidential contenders were retreating to their communities to strengthen their parties there.”

Mr Atwoli therefore told Mr Mudavadi, Mr Wetangula and Mr Jirongo that they should follow suit and unite the community.

The proposal was accepted by the trio but the issue of a single presidential candidate almost spoilt the party.

The source added that the direction Mr Atwoli was taking while addressing the issue seems to have been favouring Mr Mudavadi.

“He said that the region should rally behind a candidate who has a national appeal, whose party is not regional, one that could attract support elsewhere and with adequate resources,” said the source.

It is at this juncture that Mr Jirongo is said to have intervened asking Mr Atwoli to state if he was campaigning for Mr Mudavadi.

“Mr Jirongo argued that he did not oppose plans to have the region field a single presidential candidate but demanded that there must be a procedure to identify such a leader,”  said the source.

He noted that all the three aspirants in the meeting were equal and their parties too.

But Mr Mudavadi who was keenly listening to Jirongo’s remarks is said to have interjected and said that his (Jirongo) perception is wrong.

“Let us say the truth here, Mr Jirongo where do you have following with your party? You cannot claim that we are equal in terms of popularity,” the Sabatia MP reportedly told the meeting.

Mr Jirongo insisted that there was need to conduct a vote by delegates from grassroots in the region to elect the sole flag bearer.

Mr Mudavadi and Mr Wetangula are said to have laughed at Jirongo’s suggestion saying it was not going to work. They said it would be too expensive and wondered who would pay for it.

After failing to agree on the issue, Mr Atwoli asked the leaders to discuss it further with their party organs.

He proposed for another meeting on his arrival from Ghana.

Leaders from the region have welcomed the ongoing negotiations aimed at uniting the four presidential aspirants.

They said that the mediation by Mr Atwoli is timely and should be supported.

Speaking in separate interviews recently, they said that those who would not support the initiative would be seen as enemies of the community.

Okemo said: “There is nothing to be ashamed of in trying to bring the community together because other regions are doing the same.”

Award-winning songstress Size 8 is hospitalised in Eldoret after developing complications during the Niko na Safaricom concert that took place at the weekend. 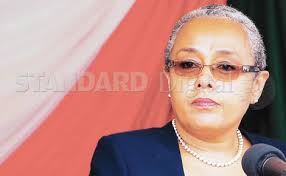 By The Counties Team | 7 years ago 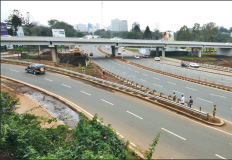 By Protus Onyango | 7 years ago