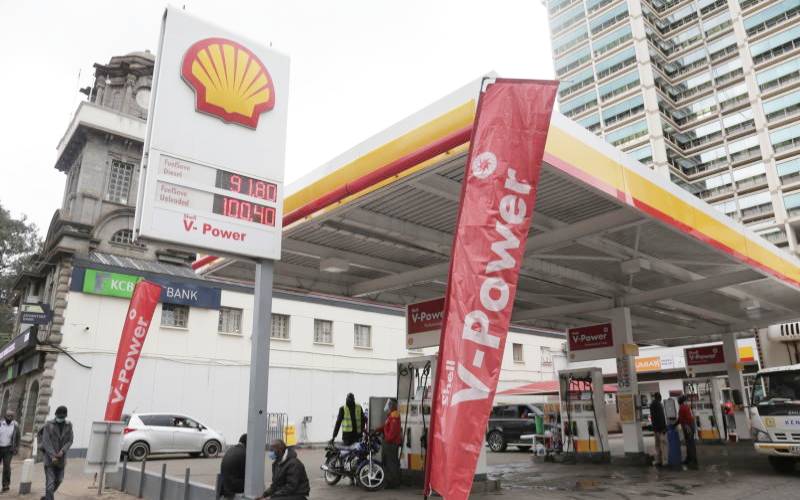 MCAs are investigating circumstances under which Shell petrol station in Gigiri was awarded a contract for the administration of fueling and garage services for Nairobi county vehicles.

This is after it emerged that fleet management operations of county vehicles – which is a preserve of City Hall -had been transferred to the petrol station.

Mihango MCA Paul Kados raised the matter on the floor of the assembly on Tuesday when he sought a statement from the Sectoral Committee on Transport and Public Works on how the company was awarded the contract.

Kados who is the Majority Whip argued that since 2013, the administration of fueling and garage services for county vehicles was being done by City Hall at its garage in Industrial Area where there was also a fueling station with six pumps and tanks.

“This was however changed at some point, and repair services opened to other players, while fueling is now reserved for one Shell Petrol Station in Gigiri,” he stated.

He was concerned that as a result of the abdication of the role by City Hall, county vehicles, fire trucks, bulldozers, and other critical services, have to make costly trips to Gigiri before embarking on work.

"This is a tiresome and time-consuming exercise that's costing the county man-hours and public funds," he said.

The Majority Whip now wants the chairperson of the committee to investigate the reasons for the reservation of fueling services to only one Shell Petrol Station in Gigiri and the breakdown of the county's garage services in Industrial Area.

He also wants the committee to make public documents of the procurement process that saw the county government settle on Shell petrol station and the documents for that approval thereto.

“The chairperson should inquire into and report on the ownership of the said Shell Petrol station and whether there is any evidence of conflict of interest or corruption for such an irregularity,” said Kados.

The MCA wants the committee to highlight measures being put in place to ensure the county fueling station and garage are operational.

The assembly should also be furnished with a comprehensive list of all county vehicles as of 2020/21 and their service history and fueling costs in summary, showing the difference in efficiencies if any, between the county run fueling and garage services and the use of private providers such as Shell Petrol Station in Gigiri.

The development comes against the backdrop of another motion by Umoja MCA Mark Mugambi that sought to introduce punitive measures against Public Service Vehicles (PSVs) that use petrol stations as termini.

Mugambi called for the formulation of regulations under the Nairobi City County Transport Act, 2020 to tame rogue PSV operators who endanger the lives of passengers by picking and dropping them at petrol stations.

“Petrol stations are areas that store and sell highly flammable substances, including petrol and Liquefied Petroleum Gas (LPG), that are susceptible to explosion unless necessary safety steps are taken by operators, consumers and passenger vehicles,” stated Mugambi.

He said PSVs had continued to violate public transport regulatory frameworks and safety standards for passengers by using petrol stations as pick-up and drop-off points despite safety signs and symbols displayed in accordance with the established regulatory frameworks.

Mugambi said long-distance vehicles were the most notorious, as they evaded paying for parking.

He cited petrol stations at Afya Centre, along Race Course Road, OTC, and Koinange Street, which have been turned into the drop off and pick up points by PSVs.

Developing story: What is the root cause of the City hall standoff?

The latest data indicate that by the end of last year, about 283,660 people who used the devices accessed them in public facilities.

By Nicholas Mburu | 7 hours ago

By Isiah Gwengi | 9 hours ago

By Bakari Ang'ela | 9 hours ago