The national government and the Kisumu County government have started phase one resettlement of traders whose structures were taken down to pave way for the expansion of the Kisumu Port.

The project was started in 2019 after the Kenya Railways and the county government went into an agreement and gave the seven acres of land to the National government office of the regional commander. The business park will also have an ECD center where the traders' children can attend classes.

According to Mabeya Mogaka, a director at the Ministry of Infrastructure, Housing, Urban Development and Public Works, the first phase of traders who have been relocated went through a thorough validation process to make sure they were actually moved from the port and had their names gazetted in My Government, while some had to be validated physically.

The jubilee market that has been serving traders is old as it was built during colonial times. It cannot accommodate all traders a there is also a need for a modernized business park.

The new business park will also showcase new innovations for traders from the Technical University of Kenya that is Covid-19 compliant that is funded by the Ministry of Infrastructure, Housing, Urban Development and Public Works.

A  modern stall protects traders from physical contact with buyers. It is being made on order at a cost of Sh45,000 for a full set.

According to the university’s Vice Chancellor Francis Aduol, they have not yet started producing the Covid-19 compliant stalls on large scale but have been training Jua Kali artisans on how they can make the same but they have made 300 more for another market that will be open soon and they have also supplied to three shades in City Park in Nairobi. 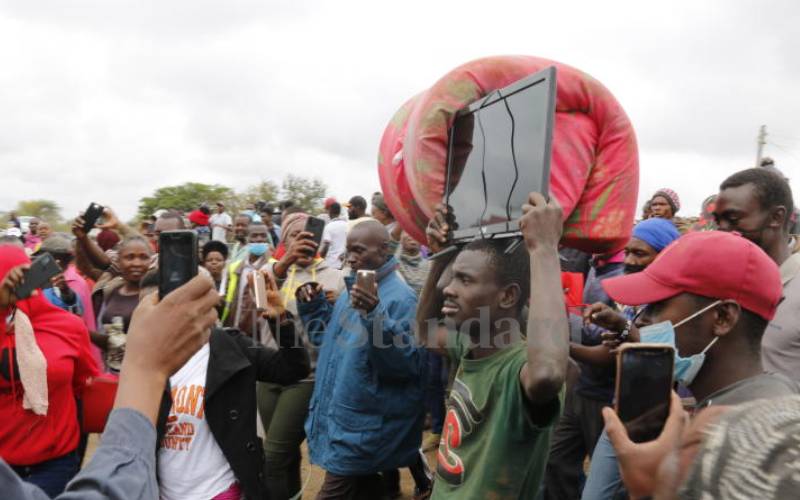