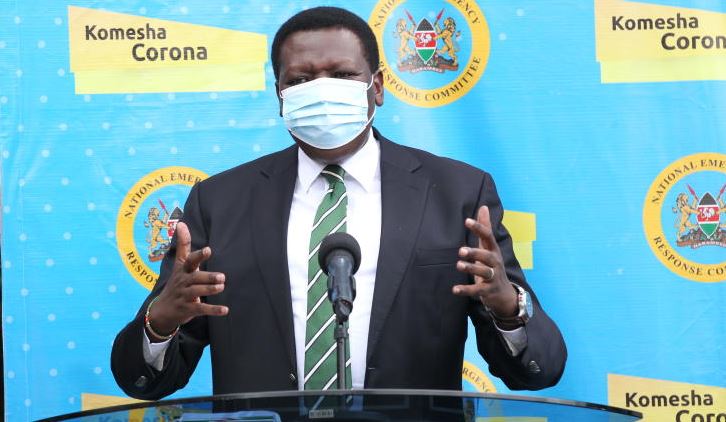 Kenyans living in flood-prone areas have been asked to relocate immediately as danger is lurking.

The ongoing heavy rains, resulting in raging floods have claimed 194 lives so far.

According to Devolution CS Eugene Wamalwa (pictured), another 30 people have died in the last 24 hours due to floods.

As such, various cabinet secretaries have this morning cautioned people living in flood-prone areas against remaining there as the rains will continue to worsen.

Those living close to rivers, for instance, River Nzoia and Tana whose banks have burst, have been asked to move to higher grounds.

“For those asking where they will move to, note that County commissioners are helping people to move. We are currently using some closed schools as shelter grounds for the affected families,” CS Wamalwa said.

Interior CS Fred Matiang’i stressed on the need of moving saying that the government is moving people away from danger using public resources.

Matiang’i: “We do not have an option. We are moving people by force even if it means putting them in lorries ourselves.”

In the coming days, people living in Garissa, Tana River, and the coastal region are likely to be the most affected as the Meteorological department projects more rains.

Water levels in some dams across the country have risen to unprecedented levels.

According to Energy CS Charles Keter, water levels at Masinga dam, Kenya's largest hydropower dam have risen to 57.86 meters above sea level, the highest since the dam was built.

This poses a high risk to people living in surrounding areas, and the CS has appealed to those living downstream to relocate as soon as possible, as things are worsening.

The same goes for people living upstream along Turkwell dam, before the rising waters cause more destruction.

Government ministries will continue providing food and water aid to the displaced families, including cash transfers.

An update by the Kenya Meteorological Department (Met) on Tuesday said that heavy rainfall is expected in parts of West Pokot, Trans Nzoia, Keiyo-Marakwet, Bungoma, Uasin Gishu, Nandi, Vihiga, Kisumu, Kericho, Nyamira, Kisii, Narok, and Samburu for the next week.

Goal celebrations, handshakes and even talking are out under stringent new safety guidelines designed to prevent any contagion during games, which wil