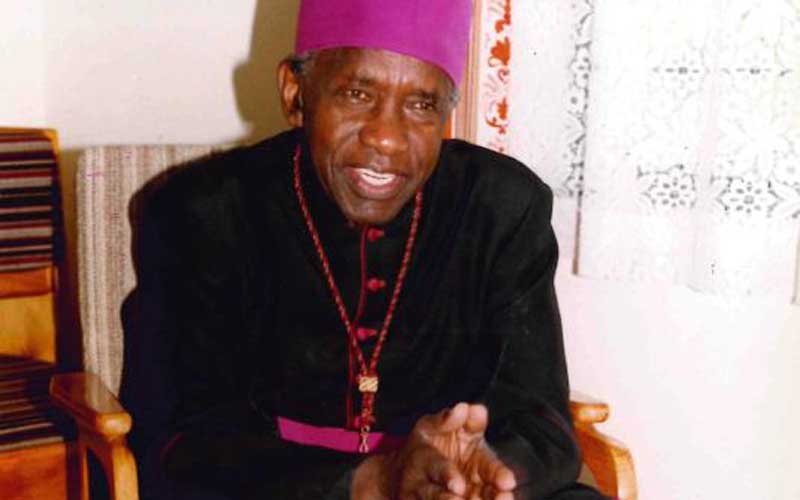 "Let us pray for the repose of his soul," the church said.

He was born on Christmas day, 1931 in Mwala, Machakos County.

Ndingi joined Kiserian Seminary after completing his primary school education and was ordained as a priest in 1961.

Eight years later in 1961, he was ordained as a bishop served in that capacity in the dioceses of Machakos and Nakuru before being appointed as Coadjutor Archbishop of Nairobi in 1996 as an assistant to the then Cardinal Maurice Michael Otunga.

Ndingi will be remembered for actively championing for multi-party democracy in Kenya.

Archbishop Mwana a’Nzeki spoke truth to power as was the case prior to and the 1992 elections when politically-instigated ethnic killings rocked the country.

Olenguruoni, Kuresoi, Kamwaura and Molo in his Nakuru Diosese were the epicentres of the killings.

Given that the killings were happening during the clamour for the re-introduction of multiparty democracy in Kenya, the motive for the killings was the worst kept secret.

Rift Valley was a cosmopolitan region with a major community that supported the ruling party Kanu while four others mainly supported the opposition.

In the wake of the killings Archbishop Mwana a’Nzeki and Nakuru priests released a statement that shook the corridors of power.

They challenged the government to come clear on what they termed as the balkanization of Kenya while questioning the official line that was categorisng the killings as “land clashes” in order to sanitise the political motives behind the pogroms.

They were horrified to see internal refugees trekking to safety as bodies lay in the fields.

Their statement thereafter rubbed power the wrong way after which they were subjected to all manner of insults but nothing would the fiery Archbishop.

President Uhuru Kenyatta condoled with Archbishop Mwana a’Nzeki’s family, saying, he was "a loving and outstanding man of God whose servant leadership shall be missed by Kenyans."

ODM leader Raila Odinga has eulogised him as "one of the brightest lights to have graced our nation in our time."

"Kenyans knew they could always count on him to stand and speak out for truth and justice whatever the threat that posed to his life," Raila said.

I join all Kenyans and the Catholic Church in particular in praying that God place his soul in eternal glory. As a country we will miss his distinguished service and dedication to humanity. Fare thee well. 2/2 — Raila Odinga (@RailaOdinga) March 31, 2020

The rise of digital economy in COVID-19 era

Since the outbreak of coronavirus, commonly referred to as Covid-19, in Wuhan, China in December, the world has focused on little else.