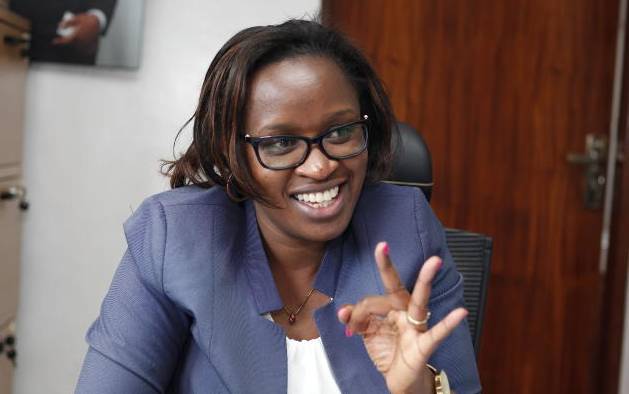 The Law Society of Kenya has filed a petition seeking to suspend the national curfew or have its starting time extended to 10 pm.

In the petition signed by CEO Mercy Wambua (above), LSK wants the curfew declared illegal on account that it flouts the Public Order Act.

“The petitioner (LSK), exercising its statutory duty to protect and assist the public, challenges the curfew order as unconstitutional because it is blanket and indefinite, and because it is ultra vires (contravenes) the Public Order Act,” the petition stated in parts.

The lawyers argue that the curfew will downside the probable gains made in fighting coronavirus, judging from the way the law enforcers have handled the members of the public, especially over the weekend.

“The aforementioned curfew poses a great and imminent danger to general health and safety of thousands of Kenyans, particularly the poor and vulnerable members of the society because it is disproportionate and draconian,” the statement further read.

“The police recklessly horded large crowds on the ground, contrary to WHO advice on social distancing. Moreover, the first respondent (police) stopped the media from monitoring their movement and assaulted journalists covering the process.”

Kenya National Commission of Human Rights, FIDA- Kenya and Independent Police Oversight Authority (IPOA) have all been tagged as interested parties in the suit, filed with Omwanza Ombati and Wakesho Kilio Advocates.

LSK has also faulted the Chief Registrar of the Judiciary and the Chief Justice for the partial closure of the courts saying the move was ill-advised, because the country needs to litigate cases in times of crises.

The lawyers want the High Court to make adjustments in the order effecting a curfew just in case it does not declare it illegal.

For example, it wants the starting time of curfew be extended to 10pm instead of the current 7pm to 5am.

The LSK in the petition also wants judicial services to be categorised under the essential services and Chief Justice David Maraga to appoint judges to urgently listen to their petition.

On combating the spread of the coronavirus, the LSIK has commended the efforts by the government in containing the virus but has issued further recommendations.

The group argues that the government needs to intensify its data tracking by often communicating crucial details such as the number of health personnel per locations, response of patients and so on.

LSK through the petition mount more pressure on the Executive which has so far been criticised for announcing a curfew without preparatory measures.

Aukot criticised the government in a letter to IG Mutyambai saying that it declared a curfew under a wrong circumstance.

According to him the country does not at the moment experience security threats that would suit a national curfew.

He accused the police of violating human rights in enforcing the order.

By Associated Press 42 mins ago
Morocco looks to advance in World Cup, Canada hopes for win