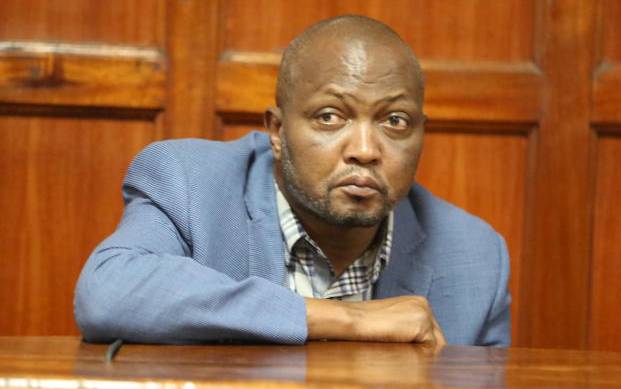 Gatundu South MP Moses Kuria (pictured) has been acquitted of hate speech charges. Kuria had been accused of making hate speech remarks at Gatundu Stadium in Kiambu County for uttering words which indicated bringing physical harm to persons in Kenya opposed to the National Youth Service programs in 2015.

"I order these proceedings terminated," Magistrate Kennedy Cheruiyot said in his ruling while making reference to a hate speech case before a three-judge bench against former Senator Johnstone Muthama of utterances he made at a public rally in Uhuru Park.

In his ruling issued on Thursday, the Magistrate also made reference to a recommendation by the High Court. The recommendation was to have the office of the Attorney General prepare a bill to be presented in Parliament on the unconstitutionality of section 96 (a) of the Constitution.

The High Court gave the AG's office a period of one year to do so.

The ruling was made after an application by his defence team to have the charges dropped.

Kuria had been released on a Sh5 million bond with an alternative of Sh1 million cash bail before Chief Magistrate Daniel Ogembo.

Kuria was accused of inciting violence against ODM leader Raila Odinga and his wife Ida on September 5, 2017, in Wangige market, Kiambu County.

The state accused Kuria of inciting violence against Raila and his supporters during the campaigns ahead of October 26, 2017, repeat presidential elections.

The 2017 winners have been reduced to second-best in countless tournaments by their...

By Kelvin Karani | 9 hours ago