The Kenya National Bureau of Statistics (KNBS) on Friday released a breakdown of the 2019 population and housing census results.

The data tabulates the distribution of Kenya’s 47.6 million population according to socio-economic characteristics.

According to the data, Kikuyu is the largest ethnic community with 8,148,668 people and the smallest is the Dahalo at 575.

According to KNBS 33,358 Kenyans did not want to identify with any ethnic group while 183,023 stated they are Kenyans. 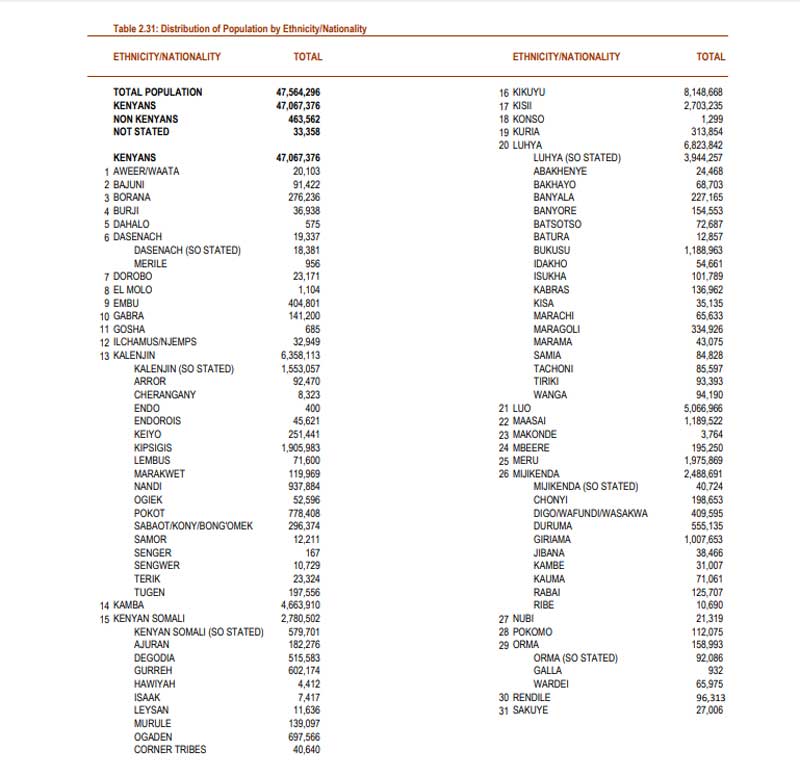 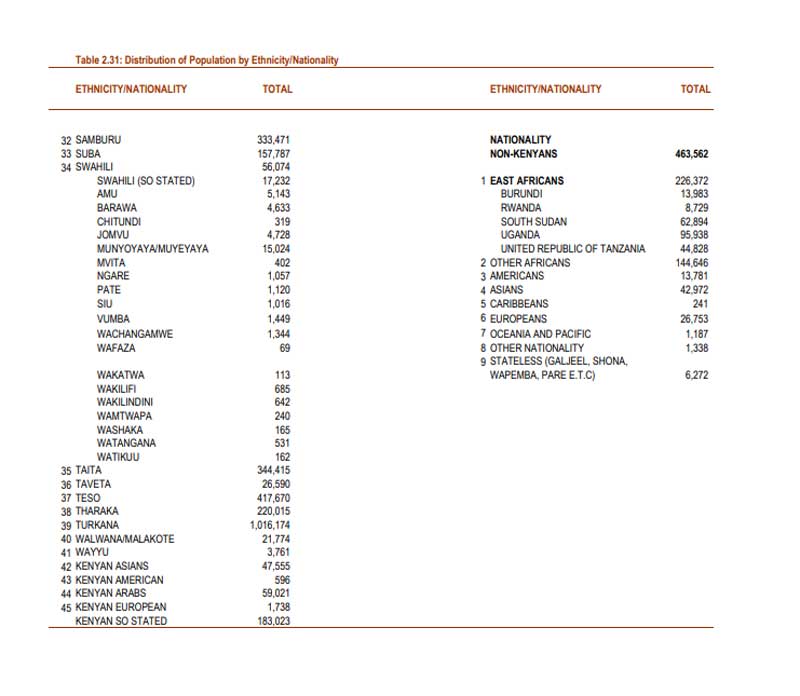 The data shows that majority (85.5 per cent) of the population are Christians with Protestants, Catholics and Evangelical churches accounting for 33.4, 20.6 and 20.4 per cent respectively.

Muslims accounted for 11 per cent of the entire population.

On Information and Communication Technology (ICT), the statistics bureau says 20,694,315 Kenyans aged 3 years and above owned a mobile phone.

It adds that 22.6 per cent of people aged 3 years and above used internet while 10.4 per cent used a computer.

“The proportion of the population aged 15 years and above who searched and bought goods and services online was 4.3 per cent.”

The data shows 17.8 million people reported that they were at school or a learning institution while 11.6 million left after completing their studies. This is as 6.9 million people did not complete schooling and a further 7.1 million had never been to school.

The distribution of those still at school is as follows:

Since the economically active population was 22.3 million, only 5.5 million are not the youth.

Females accounted for 50.2 per cent of the total working population, KNBS notes but more males (50.4 per cent) than females (40.6) were working in urban areas.

2.6 million Kenyans are reported to be actively looking for work.

You can download and read the complete Volume IV of the 2019 Kenya Population and Housing Census results HERE.

Blow for Liverpool: Henderson ruled out for three weeks with injury

Jordan Henderson has been ruled out for three weeks with a...