New wave of payouts as expressway tears through Uhuru Park 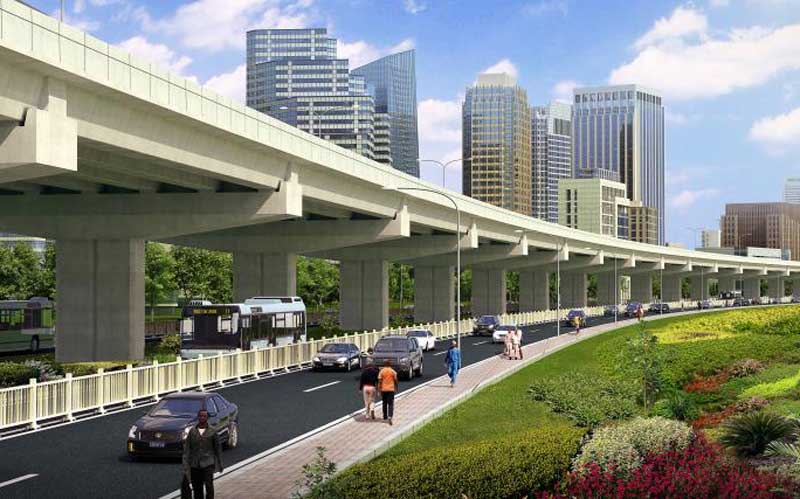 Kenya’s newest project, the expressway will come at a cost as it cuts through the iconic Uhuru Park and the historic papal dais at the University of Nairobi, triggering a new wave of compensations worth over Sh4.1 billion.

By the time China Roads and Bridge Company (CRBC) finally hands over this expressway to Kenya in 2049, it will have minted a total of Sh102 billion in a deal where they are insulated from competition, taxes and losses.

In detailed agreements accessed by the Sunday Standard, CRBC is protected from variations of the US dollar and is mandated to charge increased road toll. “The Project Company has the right to adjust tariff based on market demand when the currency rate changes. No competitive projects before and during a specific period after the projects,” one of the document reads.

According to the detailed plan dubbed ‘Development of Nairobi Expressway Project’ the expressway launched last Wednesday by President Uhuru Kenyatta, a number of buildings worth billions will be affected.

The agreement for the road was signed between Kenha and CRBC, which will erect a number of toll stations to ensure motorists pay for use before exiting at various interconnections.

The concessionaire has been granted exclusive concession right for 30 years, including construction period. Within this period, the government or any other developer cannot implement a project, which will affect profitability of the Chinese company collecting toll from the expressway users.

This means road users will pay a toll every time they use the road up to 2049.

A survey conducted by Kenya National Highway Authority (Kenha) before implementation of the project found that 39 per cent of Kenyans were opposed to paying any levy for use of the road while 49 per cent of those surveyed felt the cost should not exceed Sh50 per trip. The study concluded that on average it will cost a motorist an average Sh155 to use the expressway.  The detailed plans show the Sh60 billion expressway will devour part of Uhuru Park, and course through University of Nairobi where it will either dwarf or bring down the Papal Dais used by Pope Francis in November 2015 during his visit to Kenya; it will also bruise Hotel Boulevard.

Other properties to be affected include Next Gen Mall, Khalsa Primary School and parts of the Railways Club; the iconic St Pauls University of Nairobi Catholic Chapel, Military Camp and National Persons With Disabilities plots in Westlands.

In total, 40 acres of prime land will have to be bought by the government to facilitate the monstrous project, hoped to ease traffic congestion. “The expressway is a four-lane dual carriage with class standard along the median strip of the A8 national trunk road,” reads the document. The detailed plans indicate the project with a design of 80 kilometres will start from Mlolongo, connect to Jomo Kenyatta International Airport, fly rough Nairobi’s CBD and end at James Gichuru Road. It will have a centre line of 27 kilometres. The document notes that the first 15 kilometres will be constructed at grade and the last 11.4 kilometres will be built on elevated road. According to the project designs, there will be 10 interchanges between Mlolongo, SGR terminus, Eastern and Southern bypasses; Capital Centre, Haile Selassie, Museum Hill, the Mall Westlands and James Gichuru Road junction.

In normal flow of traffic, it takes two to three hours to drive on the same stretch through Waiyaki Way, Uhuru Highway and Mombasa Road.

The project was originally set to commence in 2011 but was halted after the Word Bank declined to release funds, citing inclusion of Strabag International in the list of contractors.

The World Bank said it would only finance the project if the Austrian construction company, which had won the tender in 2007, would agree to expand its integrity compliance procedures. Now, faced with an ever growing congestion problem on its roads, the government has tasked two Cabinet secretaries to jointly ensure the 27-kilometre ‘Nairobi Expressway’ linking Mlolongo and Jomo Kenyatta International Airport to the Nairobi-Nakuru highway is completed strictly within two years.

According to the detailed plan, the Development of Nairobi Expressway Project, the multi-billion shilling road project to be constructed by the China Road and Bridge Corporation through a Public Private Partnership (PPP) will start in Mlolongo and end in Rironi near Limuru.

Past statistics indicate that the city’s population was expected to rise to seven million by 2030 as car ownership rises from one-quarter of households in 2014 to more than three million motorists by 2025.

Transport CS James Macharia said investments in infrastructure are good for the country’s economic growth. “We are determined to develop and improve our infrastructure as a way of building a strong and formidable economy,” said Macharia.

By Isiah Gwengi | 5 hours ago

By Bakari Ang'ela | 5 hours ago