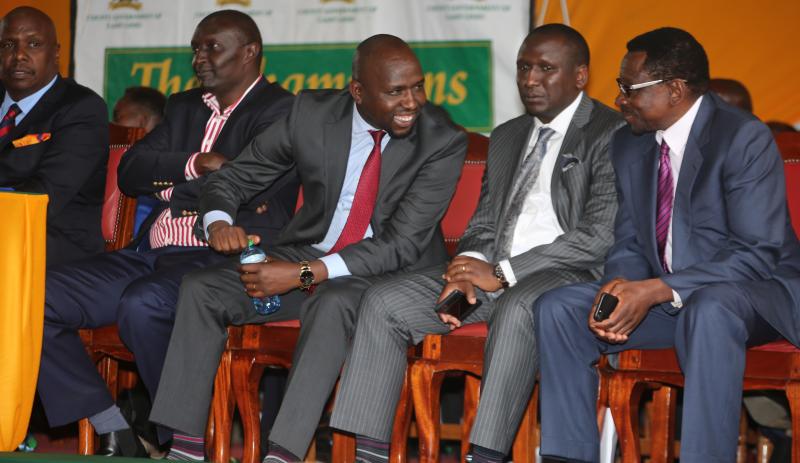 Senators have vowed to reject a plan to reduce counties’ allocation by Sh9 billion, setting up a confrontation with the National Assembly.

This will create a stalemate over the Division of Revenue Act, 2018, which spells out sharing of revenue raised nationally between the two levels of government.

Initially, counties had been allocated Sh314 billion, but National Treasury Cabinet Secretary Henry Rotich recommended the reduction as part of wide ranging budget cuts, which have since been approved by the National Assembly.

But Senate has to consider the changes because they touch on counties and in the event senators differ with the National Assembly, the legislation will have to be referred to a joint committee of both Houses for mediation.

A number of senators have confided in The Standard that they have unanimously agreed to reject the proposed reduction when the amended DoR is brought before them.

“Our colleagues in the National Assembly rushed to approve the budget cuts without consulting us. They know they will require our input to endorse the cuts and this is where we are waiting for them,” said a Jubilee senator.

“The Constitution is very clear on the role of the Senate. It is to protect counties and their interests,” he said.

The lawmakers warned that any reduction would lead to not only amending the DoR but the County Allocation of Revenue Act and the cash disbursement schedule, which spells out the monthly allocations to the 47 counties from July 2018 to June 2019.

Senate Minority Leader James Orengo (Siaya) and Bungoma Senator Moses Wetang’ula assured Kenyans that there was hope over the matter as the budget cut was illegal.

They said the reduction in counties’ kitty could not be done through the Supplementary Financial Estimates as happened last week in the National Assembly, describing the process as a gross violation of the law.

Many more to miss out on Sh13.7b Helb money

The number of loan requests has already surpassed the budgeted number of 304,509 as the application period closes on October 31.

By Robert Amalemba | 7 hours ago

By Lydia Nyawira | 10 hours ago