By Joseph Muchiri | 4yrs ago

A section of police officers is grumbling over what they term unfair promotion methods in the disciplined forces.

The group, mostly made of graduate policeofficers who sought anonymity is accusing the National Police Service of deliberately sidelining them when it comes to promotions.

This, they say, has affected their morale and a number of them are looking for exit strategies into the private sector as the only means through which they think their skills and services will be appreciated.

Many of them joined the service after graduating with university degrees in various fields.

An officer based in a rural police station in Eastern Kenya said after his training which ended in 2012, together with his colleagues they were posted as graduate constables Job Group J earning a basic salary of about Sh32,000 with a yearly increment of Sh1,000.

“After serving for two years as a graduateconstable, I underwent training to become an inspector. Hundreds of my colleagues were trained too but retained the same salary.

Most of us are still in Job Group J and might remain in it for a long time,” said the officer.

The officer, who has served for 15 years claimed the system adopted by the policeservice favours Form Four leavers who join the police and enroll for a degree and move up ranks to become inspectors.

“They are saved the rise from rank to rank towards inspectorate level unlike a graduateentrant who stagnates in Job Group J,” says the officer. Other officers who joined the service as graduates expressed fears that they may remain in the same rank until the system considers them for promotions.

“Another challenge is that the interview system does not recognise graduates. It mostly considers seniority in rank and at times age,” said another officer. The frustrated graduate officers argue that the service structure was not meant for graduates, even those with good track records.

A graduate officer who is considering quitting the force said a provincial board disqualified him and instead sent two Class Seven candidates for final interviews.

Another officer talked fondly of past years when graduates who joined the policeservice passed out as inspectors in Job Group J and their promotion was consistent with that of teachers and that of the larger civil service.

“They put graduates into job group J and deny them the rank of an inspector.

After about five years, they take you for an inspector course. Your job group and salary does not change, but you will be fresh in the rank.

To be promoted, you need to stay in a rank for at least three years.  One can remain in same rank for nine years,” he said.

A graduate administration police officer who left the service at Job Group J and is now working with a government agency decried lack of a legal framework for the promotion of graduate constables. He lamented that sometimes promotion is based on nepotism and tribalism.

“Lack of morale is evident in the public’s day to day interaction with the police. Today, crime must be fought by embracing modern policing skills,” he said.

Attempts to talk to National Police Service Commission Chairman Johnstone Kavuludi were futile as his phone was off.

Commission spokesperson Patrick Odongo said career progression of police officers is not based on their academic qualification or number of years served but on parameters such as vacancies available as contained in police career guidelines released early this year.

He said a good number of graduate officershave been promoted to senior positions, with some even sent for specialised training abroad.

He said graduate officers who feel they have stagnated in one position for long must be patient as the commission addresses their concerns. 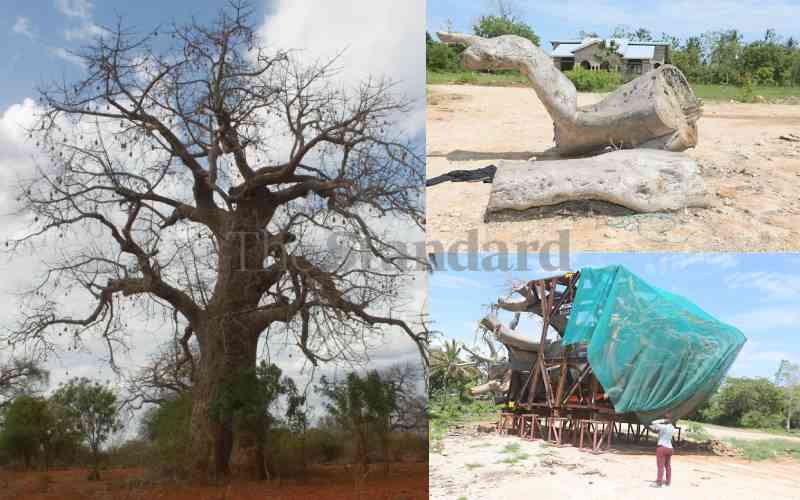 By Bernard Sanga 39 mins ago
Premium How baobabs were trafficked from the Coast
.